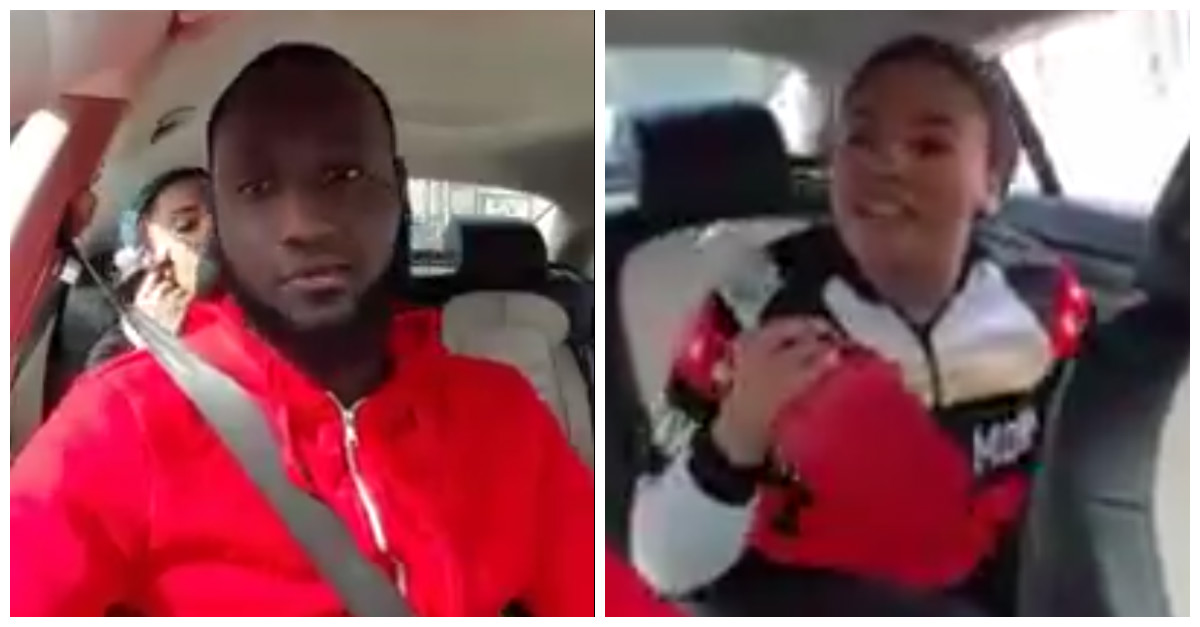 There’s nothing worse than being in an Uber with a belligerent passenger and one New York City rider might have just set the record for the most awful person to ever climb into the back of a cab. It’s unclear why she became so irate but she clearly didn’t see the driver’s phone running.

RELATED: Watch the moment an Uber driver blows a tire, hits a curb and goes airborne–right into a busy gas station!

The woman begins screaming, “call the cops” and saying “I’m going to tell them you hit me.” The driver did his best to remain level-headed and tried to get the woman to get out of the car. When she refused, he shrugged off the avalanche of abuse she was hurling at him.

Soon, she begins threatening to call the police and say that the driver hit her and even raped her. It seems that the entire affair began because she wanted a cord to charge her phone and the driver didn’t have one. She said, “it’s my first time that Uber don’t have a charger.” Finally he managed to get her out of the car and didn’t hesitate to voice his opinion of her.

RELATED: Watch out, Uber — Waze is making its way into the ride sharing market

If the driver reports her, it’s likely that this will be her last ride. A quick glance at the Uber Community Guidelines shows that she broke just about all of the rules, including “damaging drivers’ property” and “use of inappropriate or abusive language.”