Three family members were nearly killed on Fruitvale Avenue in Oakland, Calif., earlier this month when a car failed to yield, running them over in a crosswalk.

All three victims were coming home after playing at a local park and going out for ice cream, reports NBC Bay Area. The impact threw two victims, both teenage women, into the air. A third victim — a 5-year-old child — was run over and pinned under the car.

RELATED: A “careless” trucker lost his haul around an overpass bend and it landed on a van below — somehow that driver survived

The incident took place around 9:30 p.m on July 5. Video of the incident was captured by Lucky Three Seven, a Filipino restaurant on Fruitvale Avenue.

A GoFundMe page for the family says one victim suffered fractured ribs and damaged internal organs, including a closed heart valve; another victim suffered a broken ankle, torn ligaments and hip fractures; and the 5-year-old boy suffered a fractured pelvis and spine, with doctors uncertain he’ll ever walk again.

Neighbors say they’ve been complaining about the crosswalk, and traffic control on Fruitvale Avenue, for some time. While the speed limit is 25 mph, KTVU reports that most drivers go much faster.

“Sometimes I feel like I’m the one at fault for saying the car will stop,” said Jackie Velasquez, one of the victims.

CBS Bay Area reports that the driver stopped and witnesses noted that he “appeared remorseful.” Witnesses also observed that the driver had a passport from another country but claimed not to have a California driver’s license.

It is not clear at this time if the driver was cited or arrested. 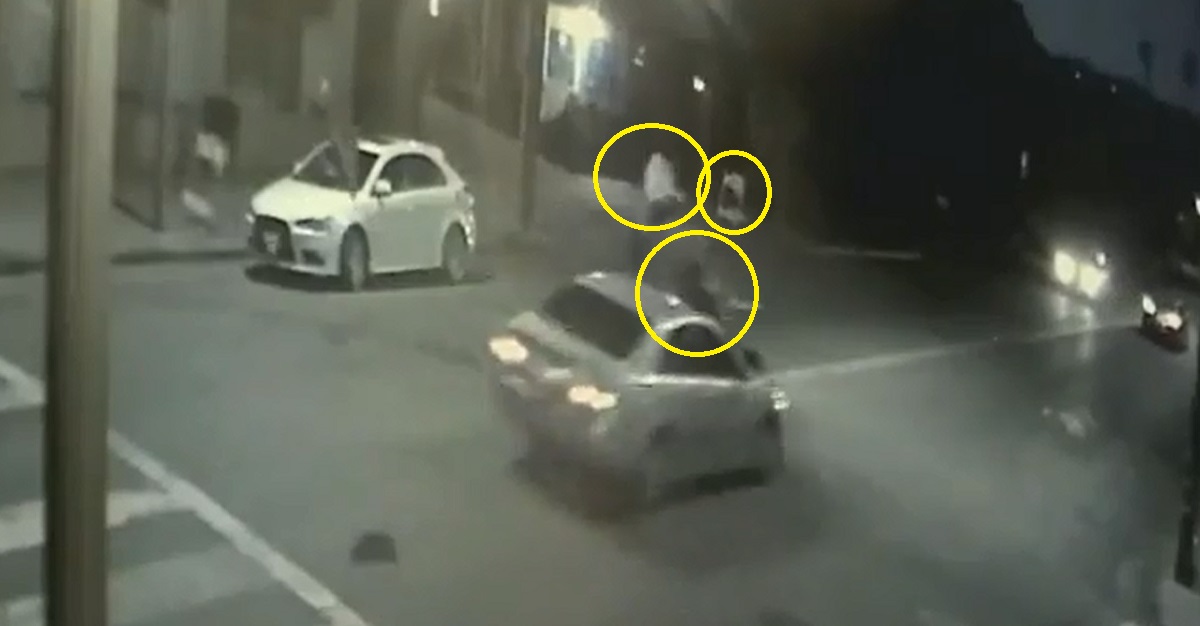