Edward Foster, 49, has been charged with assaulting an off-duty pilot at Kansas City International Airport. Last week, Foster became angry with the pilot, who was not flying the plane but had been traveling in the same cabin, for taking up too much room in the aisle of the plane. Once they landed, Foster was caught on surveillance video following the pilot through the airport before confronting him.

RELATED: A crazy Easter Sunday brawl ended when a teen was stomped and left lifeless in the street, but arrests are on the way

First, Foster attempted to make his way around the pilot to reportedly snap a photo of his badge, but things took a turn for the worse when the pilot tried to shoo him away and accidentally knocked his cell phone out of his hand. The enraged 49-year-old can then be seen grabbing the pilot’s arm and dragging him to the side, nearly sending him toppling onto the ground. As the pilot recovered his footing, Foster stepped towards him and shoved him, causing him to trip backwards over his luggage.

Luckily, the pilot was able to slip outside and get into his wife’s car, which was waiting for him, before driving off. While he didn’t suffer any major injuries, he did end up with a few cuts on his legs and a bruise on his forearm. Meanwhile, Foster, who told police that the pilot was blocking the aisle and being disrespectful to other passengers, faces a municipal assault charge and is due in court next month.

RELATED: A cop was victimized by a wild goose chase, literally, after forgetting his keys in his car 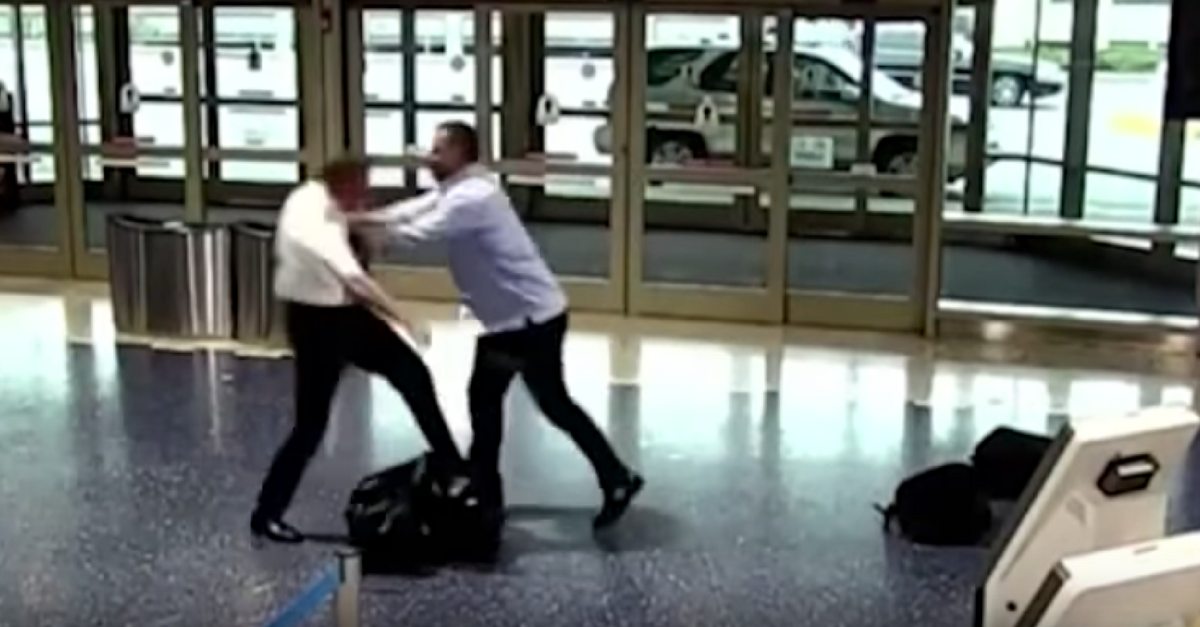