Southwest Airlines has apologized after a video of a woman being dragged of a plane went viral online.

The video was taken on Tuesday evening at an airport in Maryland, and shows the woman repeatedly asking officers “what are you doing?” as she’s dragged off the plane. Southwest says that a service animal was on board and the woman claimed that she had a life-threatening allergy to animals; however she did not have a medical certificate.

RELATED: IAH and Hobby airports are getting closer to reopening, but surrounding floodwaters persist

The airline explained in a statement to NBC:

Our policy states that a customer (without a medical certificate) may be denied boarding if they report a life-threatening allergic reaction and cannot travel safely with an animal on board. Our flight crew made repeated attempts to explain the situation to the customer; however, she refused to deplane and law enforcement became involved.

The man who filmed the video says the woman demanded the animals be removed then asked for an injection when she was told that wasn’t possible. Flight attendants told her that medical paperwork is required in order to get the injection. In the clip the woman seems to hesitate and one officer grabs her and pulls her away. Passengers also make remarks with one woman shouting “show them you’re walking.”

She was arrested and charged with disorderly conduct, failure to obey a reasonable and lawful order, disturbing the peace, obstructing and hindering a police officer and resisting arrest. 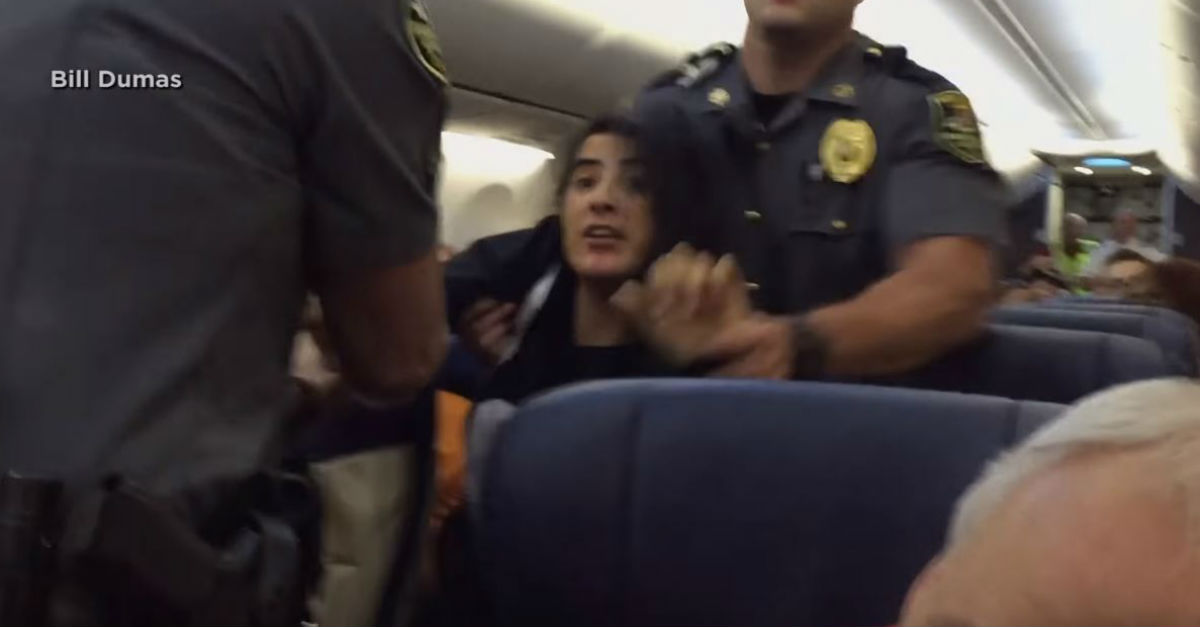