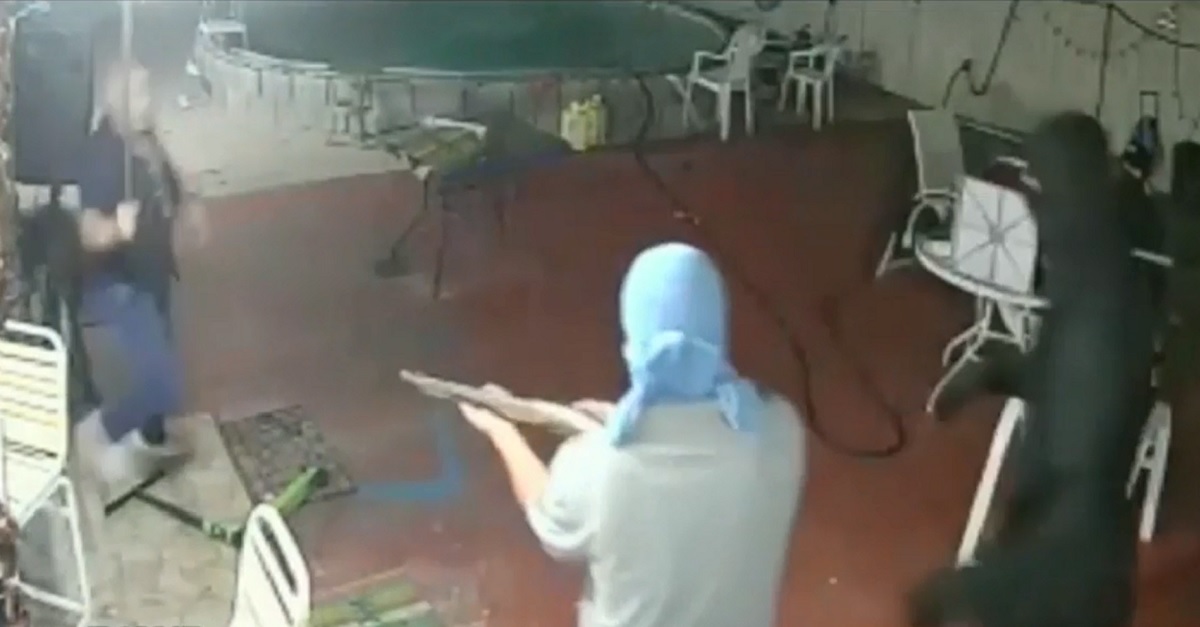 The Sarasota Police Department is working to determine why armed men stormed the backyard of a Florida home, prompting a resident of the home to successfully fight back with a wood plank and a machete.

Home surveillance video shows the incredibly brazen man defending himself with the plank of wood before backing into the house and returning with a machete, facing down a man armed with a shotgun and disarming him. The sight of his sword forces his accomplices to flee.

“Some people cower, some people run, some people fight. And in this instance here, he chose to fight,” said Sarasota Police Lieutenant Brian Gregory, adding, “Most of the time the best thing to do is to make sure you get yourself in a safe place, rather than attack, but you have every right to defend yourself.”