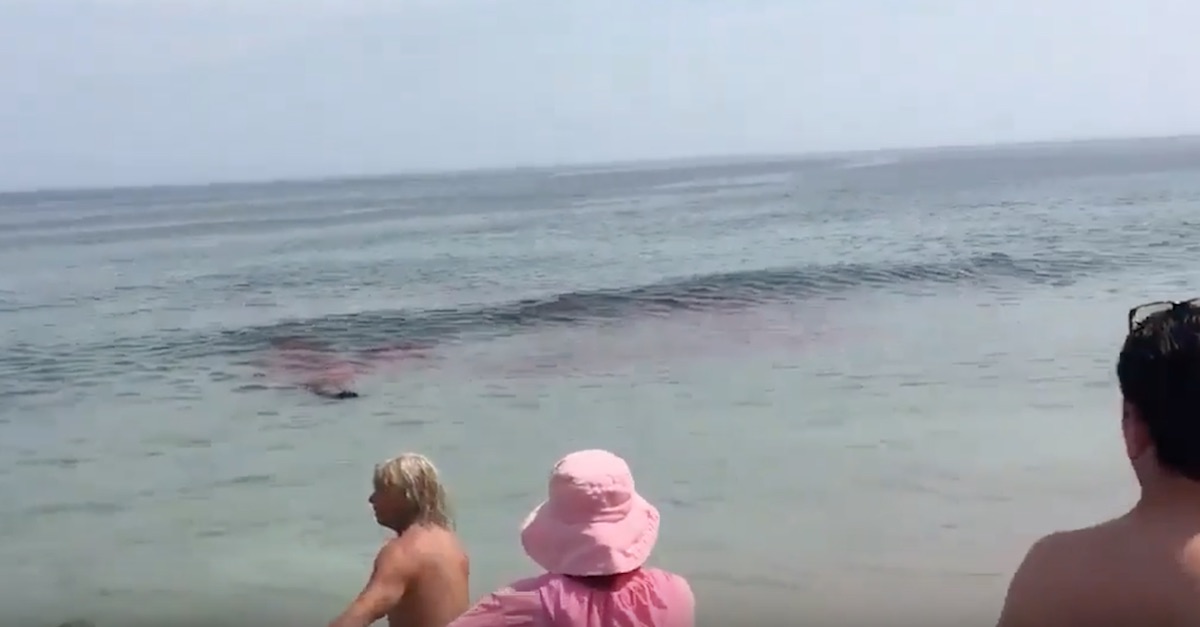 Beachgoers who had gathered on a Monday at Nauset Beach in the Cape Cod area in Orleans, Massachusetts, to witness the solar eclipse were in for some “sharktivity” for a loop when a seal swimming close to shore was torn open by a shark. Those who witnessed the fatal shark attack from up close said that there was “blood everywhere.”

“I was in the water… people started yelling ‘shark.’ I got out and saw blood coming out of the seal… there was blood everywhere,” Patrick O’Brien told the Cape Cod Times.

Thayer Wade, another witness to the incident, identified the shark as a Great White. “I looked up and saw the dorsal fin and the tail of what was a great white shark,” he told CBS Boston Globe. “You didn’t know if it was a seal or a human so it was kind of a heart-stopping moment.”

A great white shark attack on the seal population wasn’t abnormal during this time. This makes sense when you consider the shark sightings and warnings about a Great White “boom” in the region. In late June 2017, it was clear concerns were rising about the Great White presence in Cape Cod beach.

The video shows the water filling with the seal’s blood, causing a bit of a panic and shock around the crowd. Two teenagers visiting from New York City were also in the water. The crowd warned them, and when they realized the danger, one barely got away.

This isn’t the first time shark sightings surfaced in the area. The shark population have definitely created a Jaws atmosphere, as there were nine other shark sightings on the Cape in between Provincetown to Monomoy Island, causing the beach to shut down temporarily. I’m not so sure if I want to ever travel up there to hang in those waters.

Editor’s note: This article was originally published on August 22, 2017.

Watch: Video Shows a Seagull Swallowing a Rat Whole, Proving Once Again That Nature is Gross and Terrifying