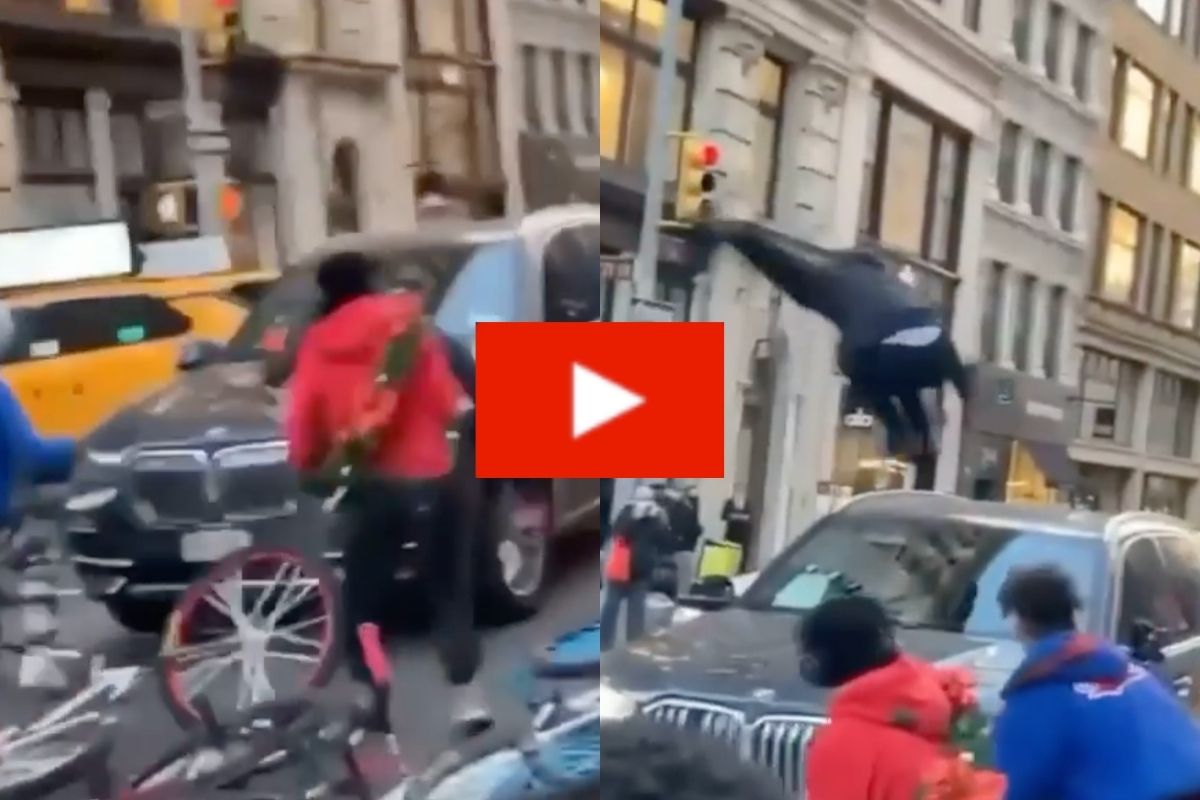 2020 is clearly not over yet, as people are still wreaking havoc all over the United States. A viral video surfaced of a group of young bicyclists attacking BMW in New York, terrorizing a man and woman in their 50s. And no one knows why yet.

The cyclists surrounded the vehicle at Fifth Avenue and 21st Street in Manhattan, around 4:30 p.m. on Tuesday, pounding on the luxury car with their fists in broad daylight for everyone to see. The video of the animalistic attack was caught on a cellphone and posted to social media, where it went viral.

In the video, you can see one biker get a running start and jump up onto the BMW’s hood, jumping on the windshield and causing it to cave in. NYPD called for a change bigger than the situation at hand, saying, “This was an animalistic attack in broad daylight. It shows how far the city has deteriorated and the politicians better get their heads out of the sand and start to deal with these problems before there is nothing left.”

Apparently, this isn’t the first time this group has attacked a vehicle around NYC. According to the New York Post, the group had also attacked a taxi cab just a short time later. Right now, no one is sure as to why and how this group started coming after seemingly random vehicles, and it’s also still unclear if any arrests have been made.

Nevertheless, police officers are calling for action because the situation seems to be escalating. At one point, one assailant was seen lifting his two-wheeler up and slamming it down on the BMW, as reported by the Daily News. The police department is asking that if anyone knows anything, that they call into Crime Stoppers at (800) 577-TIPS.