Internet Thinks This Boxing Theme Gender Reveal was a Knockout 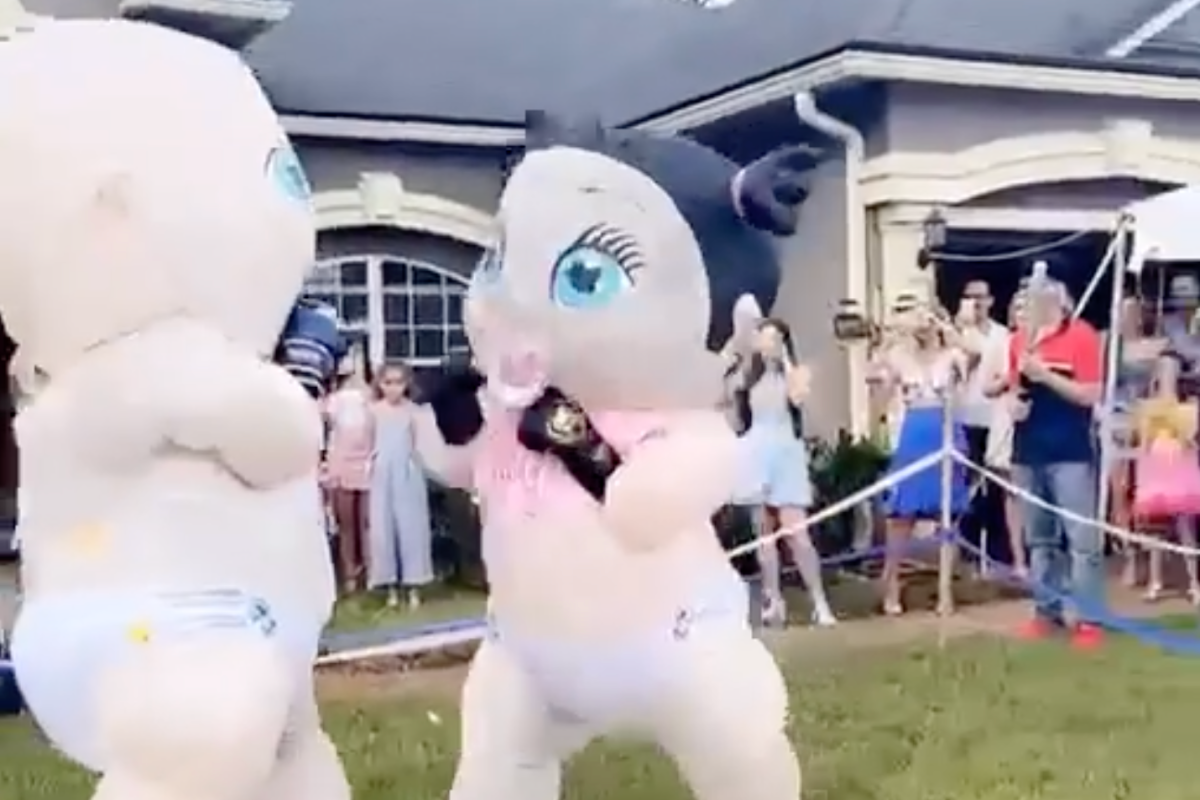 Boxing Gloves and a Baby Boy

The gender reveal was pretty straightforward. Two family members donned giant baby costumes, put on some boxing gloves, and had a faux boxing match. The winner of the fight would reveal if the kid was going to be a boy or girl. Spoiler alert: it’s a boy.

After baby boy’s KO blue confetti and smoke rained down as team boy went crazy and, presumably, blue cupcakes or some sort of gender reveal cake was eaten. And that’s pretty much the story. It was a fun, sweet time of celebration.

As far as gender reveal decorations go I really enjoy the DIY boxing ring in the front yard. Getting an actual ring would have been… a lot. Simple party decorations were definitely the move here. I also hope the gender reveal party invitations were boxing-themed — maybe with a baby Don King separating two angry fetuses ready to throw down at the weigh-in?

There should be more pink vs blue gender reveal parties. A girl trying to strike out a boy or visa versa. An Alexander Hamilton style duel between the girl gender representative and the boy gender representative. An MMA UFC gender reveal might be kind of boring, especially if the babies just start grappling and it ends in a choke out. There are endless battle themed gender reveal ideas. This is a convo I cannot wait to have with my wife, who will be against all of my ideas for everything from themes to party supplies.

Watch: Man Hits on Female Officer Who Arrested Him with Hilarious but Lame Pick-Up Line