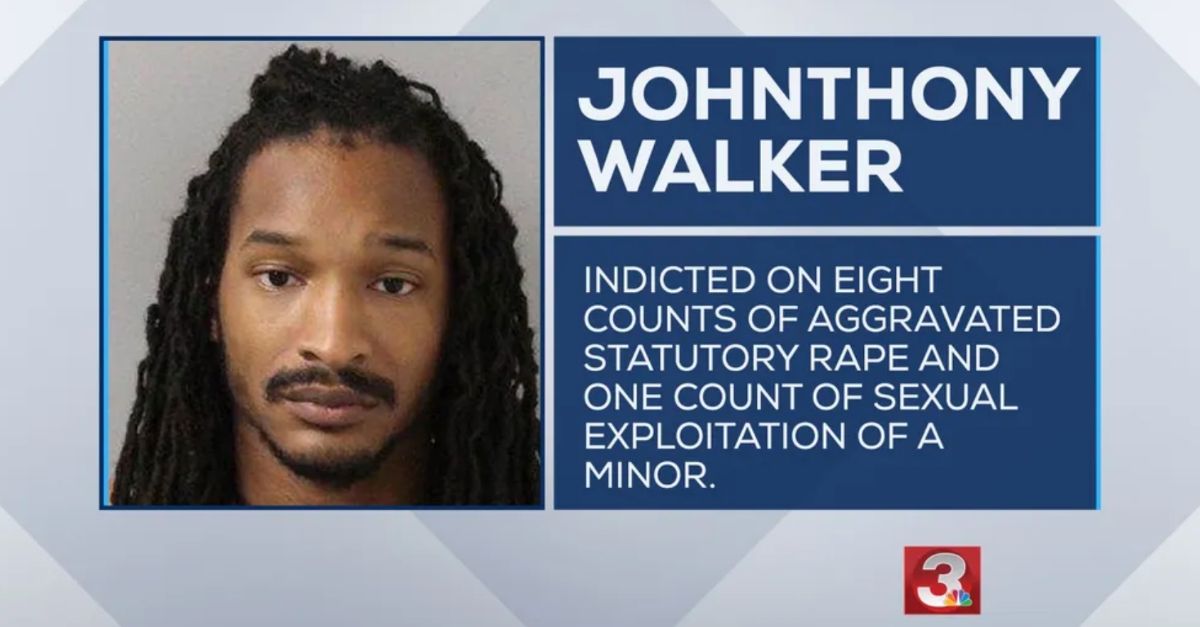 Editor?s Note: This article was originally published on December 18, 2019. It was updated on April 13, 2020, after Johnthony Walked was supposed to appear for charges of aggravated statutory rape. Although he is listed as “incarcerated” in a West Tennessee prison, he did not appear in court as scheduled.

The idiots in the world never stop, do they? In June 2018, former Tennessee school bus driver, Johnthony Walker, who crashed a school bus full of elementary school students was also charged with aggravated statutory rape. He admitted to having sex with a 14-year-old on five different occasions while out on bail for the previous criminally negligent homicide and assault charges. Are you kidding me?

He was sentenced to prison for four years for the bus crash but was to appear in Davidson County Court for the rape charges. Weirdly, he was a no-show. However, he’s currently listed as “incarcerated” at a prison in West Tennessee. What the heck is going on, and more importantly, why is it seemingly so difficult to get this guy some proper jail time?

Johnthony Walker, 25, convicted in Chattanooga for the 2016 fatal school bus crash, arrested Thur night & jailed in lieu of $350,000 bond on a charge of aggravated statutory rape. He is alleged to have engaged in sex with a 14 yr old girl at the local home where he was staying. pic.twitter.com/JpugPO3aDK

Cell phone use should never have priority over paying full attention to driving. Texting and taking phone calls while driving no doubt endangers your well-being and other drivers around you. Drivers should understand that they are also responsible for the safety of others driving around them, just like Walker was responsible for the safety of those elementary school students.

But what I really can’t wrap my mind around is the fact that this pedophilic rapist became cleared to even become an elementary school bus driver. With many parents complaining about how he had endangered their children’s safety, you would think the Chattanooga School District would’ve screened their employees better or been proactive about removing him from their staff. It doesn’t help that he is now a convicted rapist.

At least COVID-19 is sparing us these kinds of tragedies. It’s the kind that makes you scoff at the incompetence of everyone involved. Six children died and a teenager was raped. I don’t want to be quick in judgment, but the safety of our students should always be a school’s main priority. I’m not sure what the heck is going on with his trial, but I’m hopeful he’ll get the punishment he deserves.

A video shows what a former Tennessee school bus driver was doing before he fatally crashed a bus carrying elementary school students.

Johnthony Walker, then 24 years old, was driving the school bus on Nov. 21, 2016, when it flipped and crashed into a tree, killing six young children who attended Woodmore Elementary School in Chattanooga and injuring many others. He was accused of driving recklessly while the bus was carrying 37 students.

During Walker’s, a video from the bus was played in court that showed Walker with his phone in hand as children boarded the vehicle. According to ABC News, prosecutor Crystle Carrion argued, “It all could have been avoided if Johnthony Walker had slowed down below the speed limit and stayed off his phone.”

In February, Walker pleaded not guilty to six counts of vehicular homicide and many other charges, 34 in total. His attorney, Amanda Dunn, has argued that the police did not investigate whether or not Walker swerved the bus to avoid hitting an oncoming white van. Dunn added, “[There is] no justice in convicting a man based on conjecture, and that is what the state wants to do.”

In the initial reports following the incident, one parent claimed that Walker asked the kids, “Are you all ready to die?” just before the crash. Another parent, who lost her own daughter, said she repeatedly complained about Walker’s behavior months prior to the incident. She said Walker would torment the students by doing things like “slamming on brakes on purpose, making all the kids hit their heads.”

It was also revealed that his license was previously suspended for a month in 2014. Authorities believe speed was a factor in the deadly incident, but have ruled out drugs and alcohol as explanations for the crash.