In an attempt to take back his stolen puppy, a California man was dragged while hanging out of the driver side window of the alleged thief’s car before eventually being dumped in the middle of a street.

RELATED: Waiting for a pizza at Domino’s, this steamy couple was caught turning up the heat with their pants down

The incident occurred after the victim’s puppy was taken from his apartment and was all caught on video. When the man tried to reach into the car to grab the puppy, the driver put his window up, causing the man to get stuck to the vehicle as it drove away. The ordeal was seen by another driver, Mawusi Fiagbenu, who recorded a 90-second clip of it and posted the video to Facebook.

“I couldn’t believe my [eyes] yesterday so I recorded it,” Fiagbenu wrote as the caption for the video.

“Both of his arms were in the window, and the windows were rolled up, and he was hanging out the car,” she said. “The car drove out of the Rancho Senecas and drug him all the way down to Mojave, made a right on Mojave and then dropped him off right here on Ashley Glen, when the man finally opened the window and let him out.”

The thief eventually stopped and reopened his window, freeing the victim, who was taken to a hospital to be treated for cuts and scrapes. As of Wednesday, the suspect is still on the loose, and the puppy involved, a 2-month old pit bull, is still missing.

“The only description was a dark color Honda, driven by a black adult male with a ponytail,” Mara Rodriguez, a spokeswoman for the Victorville Sheriff’s Department, said. 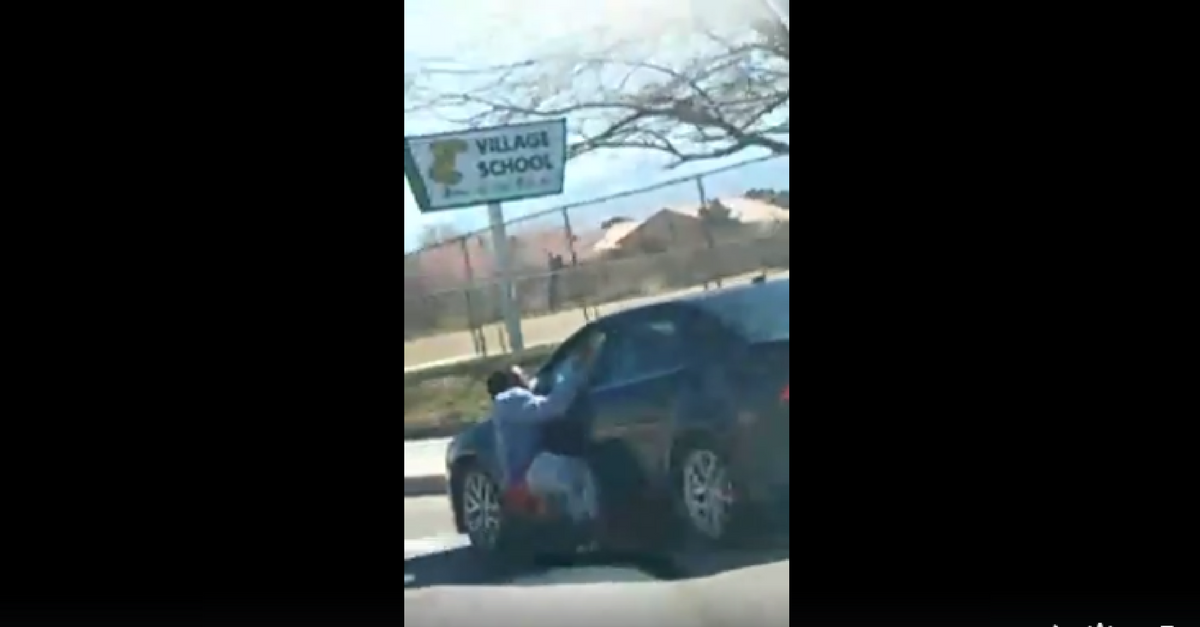