Californians were stupefied when they saw this UFO in the sky, but there’s an explanation for it all 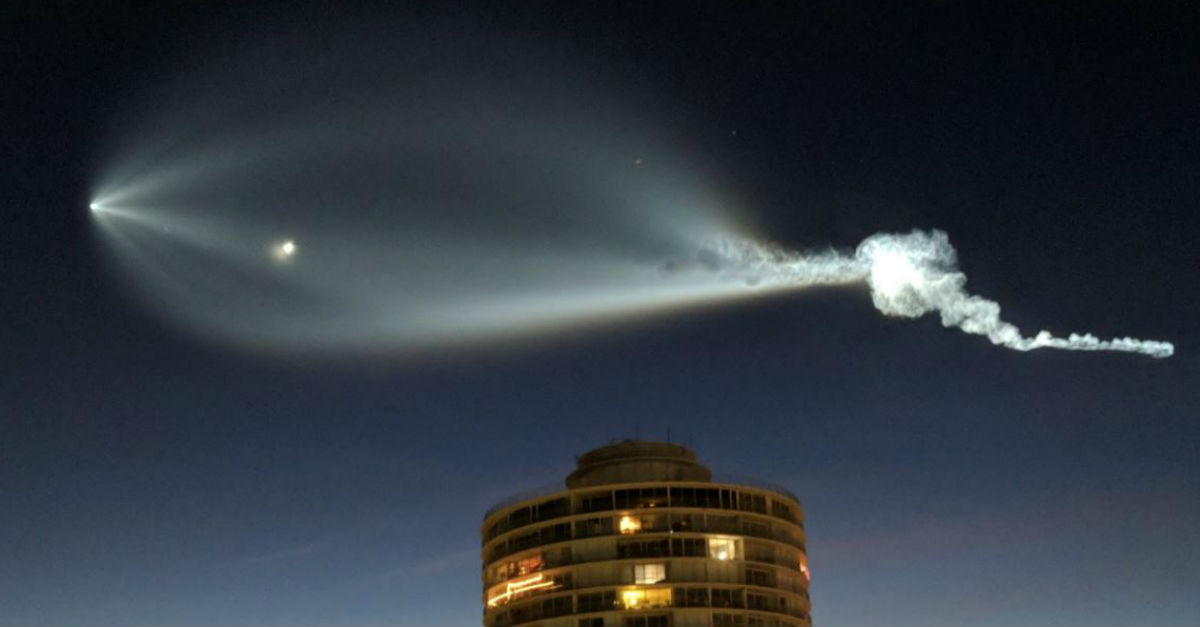 Californians were treated to an extremely spooky sight on Friday when SpaceX launched their latest rocket over the skies in the southern part of the state.

The odd spectacle immediately sparked conversation with some speculating that they were coming face-to-face with an alien craft and others worried that they were looking at a North Korean missile. Instead, what they were looking at was actually Falcon 9, SpaceX’s rocket that headed into the great beyond to drop off a few communication satellites, Space.com reports. The mission was a success, and all ten of the satellites got to where they needed to go and are now orbiting the earth.

RELATED: Bizarre video shows the Navy having no idea what these UFOs were, but that?s not even the half of it

While minor panic attacks ensued across the west coast, SpaceX CEO Elon Musk had a little fun with the spectacle and uploaded a video of his rocket to Twitter with the caption “UFO from North Korea.”

A number of people dialed 911 when the saw the light streaking across the sky; The Telegraph reported that one woman told the operator, “I seriously think it’s a nuclear bomb.”

People managed to get photos of the rocket from all different angles, and it was beautiful from pretty much every one of them.

I told you it would be spectacular #SpaceX #Iridium4 pic.twitter.com/8dPuxNVEMd

SpaceX probably represents the future of space travel, and it seems that in the future, interstellar travel might even be privatized. They were found in 2002 with the lofty goal of revolutionizing space technology and “enabling people to live on other planets.” Rockets managed by the company have delivered cargo to the International Space Station on multiple occasions — a feat before only accomplished by governments.

A bulk of SpaceX’s accomplishments have to be credited to Elon Musk, their head-in-the-clouds leader who has made billions in investments and shows no signs of slowing down.