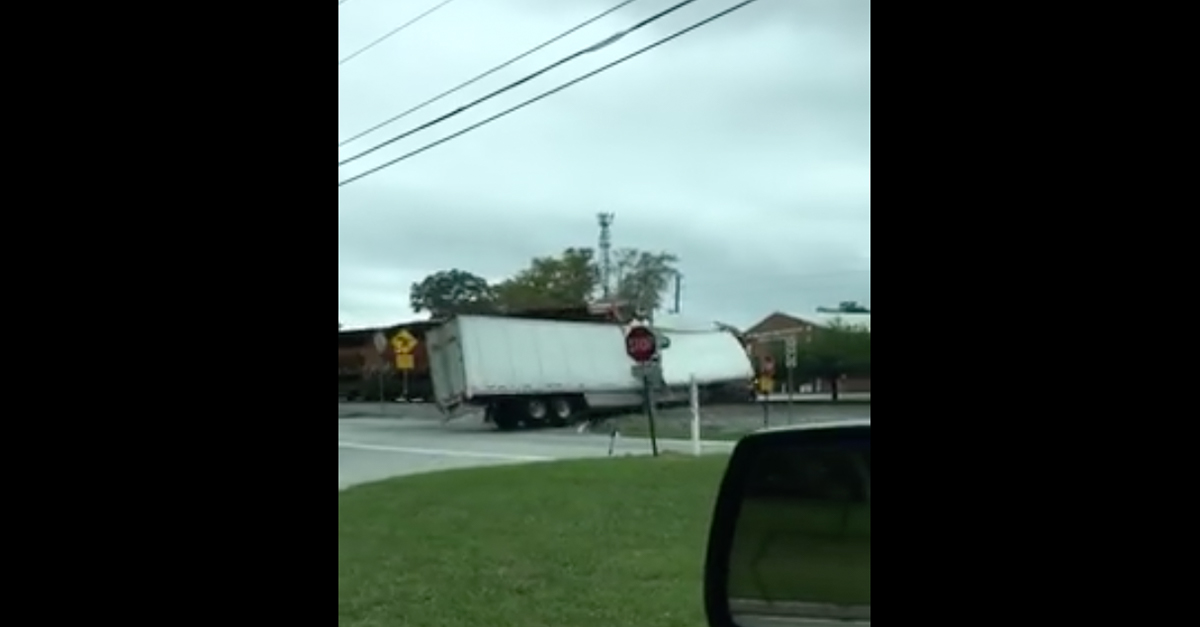 Video shows the moment a train slammed into a semi-truck in Locust Grove.

A Channel 2 Action News viewer shared the video of the crash that happened Thursday.

The crash happened on Highway 42 and Bowden Road, near City Hall downtown, just before noon.

RELATED: Donald Trump took another shot at Mitch McConnell after the latter said the president had “excessive expectations”

The video shows the semi-truck on the train tracks as a train approaches, hitting the truck. The truck was carrying candy.

No one was injured, according to Locus Grove police.

We have a reporter and photographer at the scene learning about the traffic impact in the area and details of the cleanup.