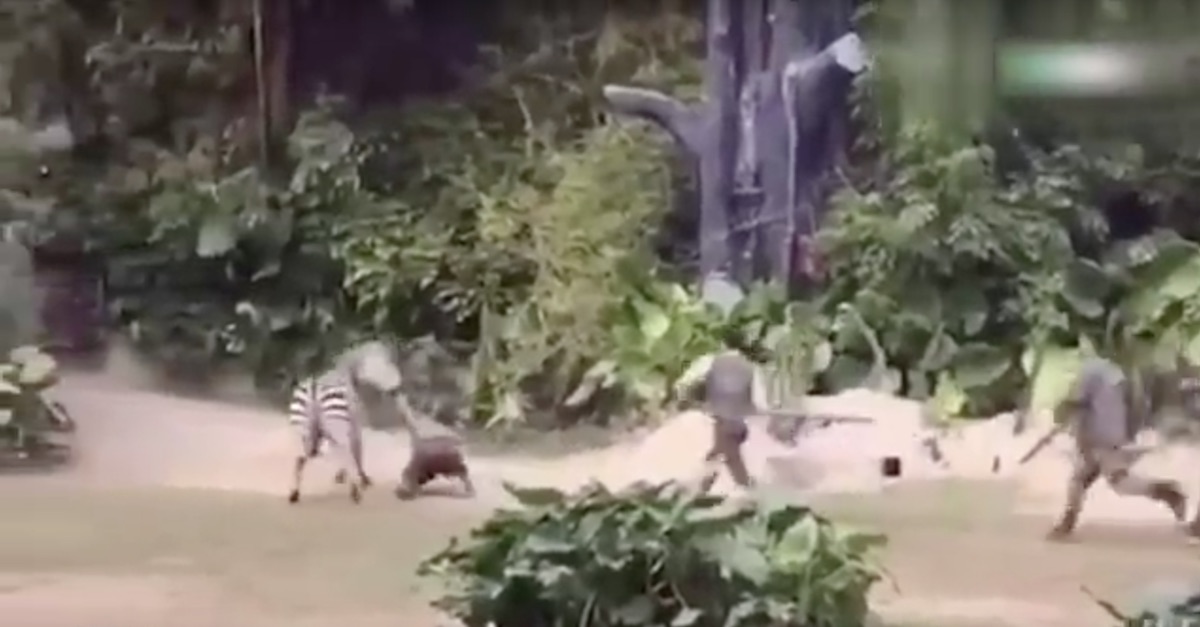 A pissed off zebra at Chimelong Safari Park in China that was out to get one unfortunate zookeeper was filmed dragging the man through dirt and into bushes as others looked on in horror.

Three other zoo workers can be seen chasing after the zebra as a crowd of people in the background expressed its concern.

RELATED: A lioness was in for a big poo-prise when a dead hippo’s butt blew up in her face

According to the Daily Mail, the zookeeper escaped the clutches of the zebra after about two minutes. The man suffered hand injuries.

The attack came as concerns about zoo security rise in China.

Just days ago, a tiger mauled a man to death at Youngor Wildlife Park in the city of Ningbo after climbing into the tiger enclosure to avoid paying a park fee, the Telegraph reported.

Man has died after tiger attack at Yageer Zoo in E China. Witnesses say he came close to the beast before being pulled into enclosure. pic.twitter.com/sCrdbgfmhn

RELATED: Watch these wild animals react when they see themselves in the mirror for the first time

In July, a woman was mauled to death by a Siberian tiger at Badaling Wildlife World.

A younger woman got out of a vehicle in a safari area and was dragged off by a tiger. When an older woman exited the car to try and help, she was mauled to death.

The younger woman was seriously injured.