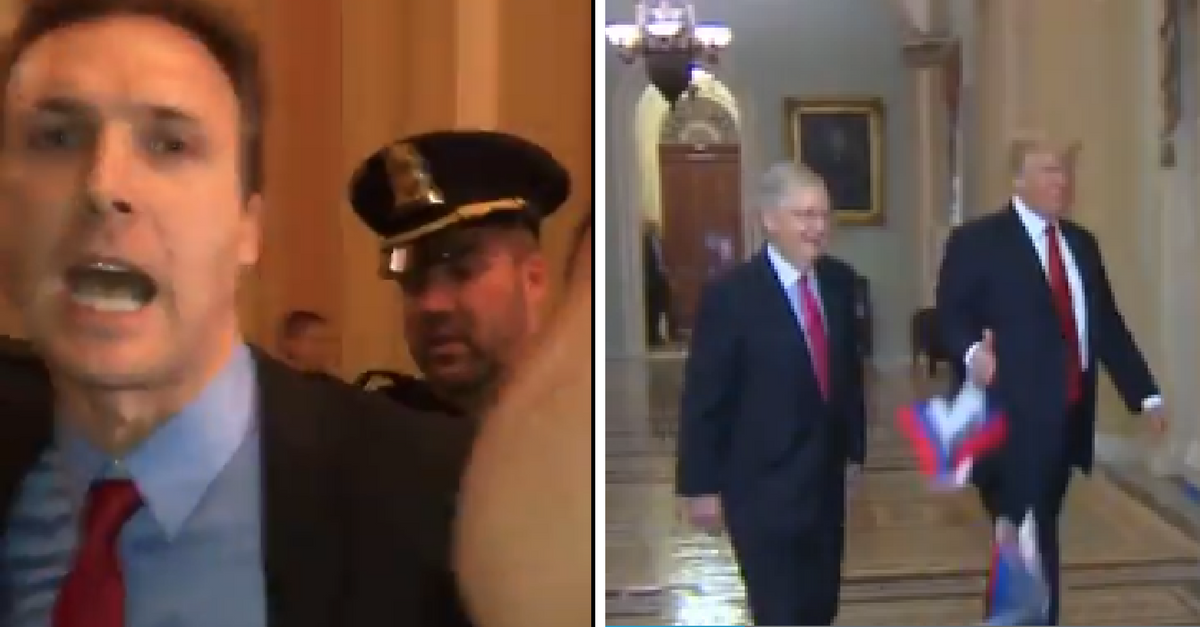 Capitol police removed a protester on Tuesday for throwing Russian flags at President Trump as he entered the GOP policy lunch with Senate Majority Leader Mitch McConnell and yelling “Trump is treason” when the president walked past him.

“Why are you talking about tax cuts when you should be talking about treason?” the man, who identified himself as Ryan Clayton of “Americans Take Action,” shouted at the pair while police dragged him away.

Clayton has pulled stunts with Russian flags before, having previously asked White House aide and the president’s son-in-law Jared Kushner to sign one for him. He was also reportedly behind encouraging attendees at the Conservative Political Action Conference to wave Russian flags during President Trump’s speech.

The protester’s actions come as multiple investigations are currently looking into possible collusion between the Trump campaign and Russia in meddling with the 2016 presidential election. President Trump has fervently dismissed the probe as the “greatest Witch Hunt in political history.”

RELATED: Russia is meddling with your Facebook feed and Congress has just about had enough