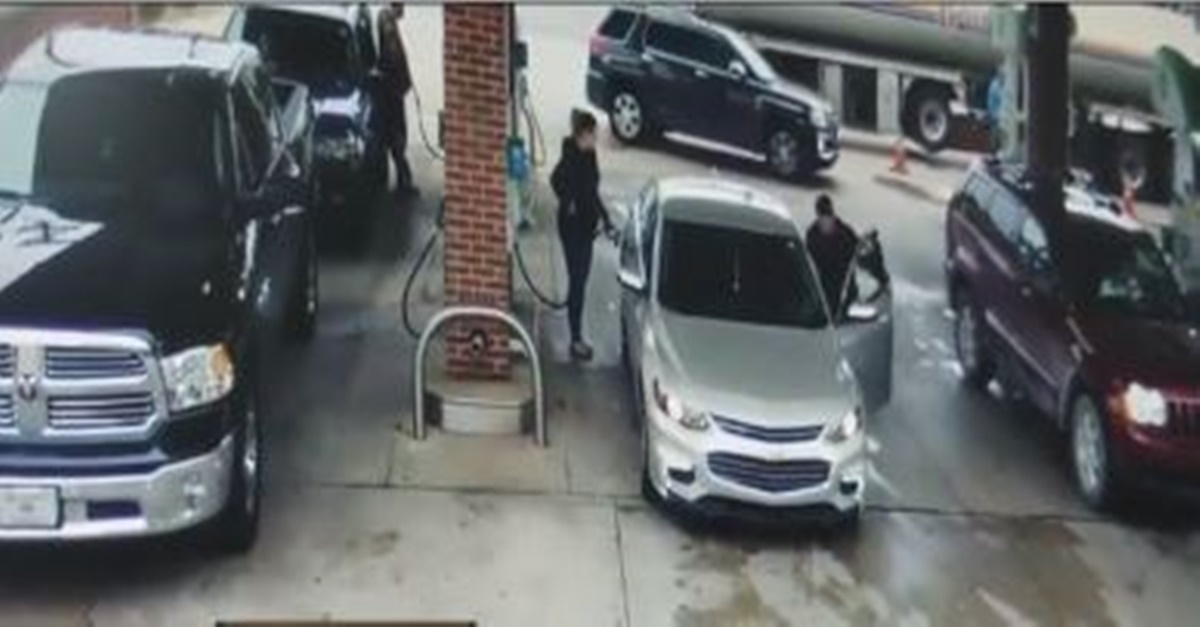 A carjacker in Michigan tried to steal a woman’s car as she pumped gas but was foiled by a fuel truck driver who wrestled him out of the car.

It happened in the middle of the day at an Allen Park BP station with people all around filling up their vehicles. The carjacker quickly slipped inside the woman’s car and tried to drive away. She noticed him when he shut the door, and she courageously jumped inside the car to try to stop him.

The carjacker drove off, yanking the nozzle, which was still in the car, off the pump.

“A customer came running in and telling us a car just got stolen,” Ali Noureddine, the BP assistant manager, told Fox 2. “So, we go outside and see the pump detached from the nozzle.”

RELATED: A Florida woman stopped to help three people after their car crashed, and they promptly stole her car

The carjacker tried to get out of the gas station but was stopped by a parked fuel tanker that he nearly hit. As he stopped the car, the fuel truck driver raced to the driver’s side of the car and pulled the carjacker out. The two men wrestled until the carjacker was able to pull away. Once free, he ran off.

However, he did leave a clue for police, a Detroit Tigers baseball cap and a couple of sweatshirts.

RELATED: A graphic video shows a carjacking suspect dragged behind an SUV

Police describe the suspect as a white man with dark hair, likely in his mid-20s or early 30s. He was wearing blue jeans, a light gray shirt and white gym shoes.