“Cash Me Ousside” girl got lit up in a street fight, and we can’t look away — or did she? 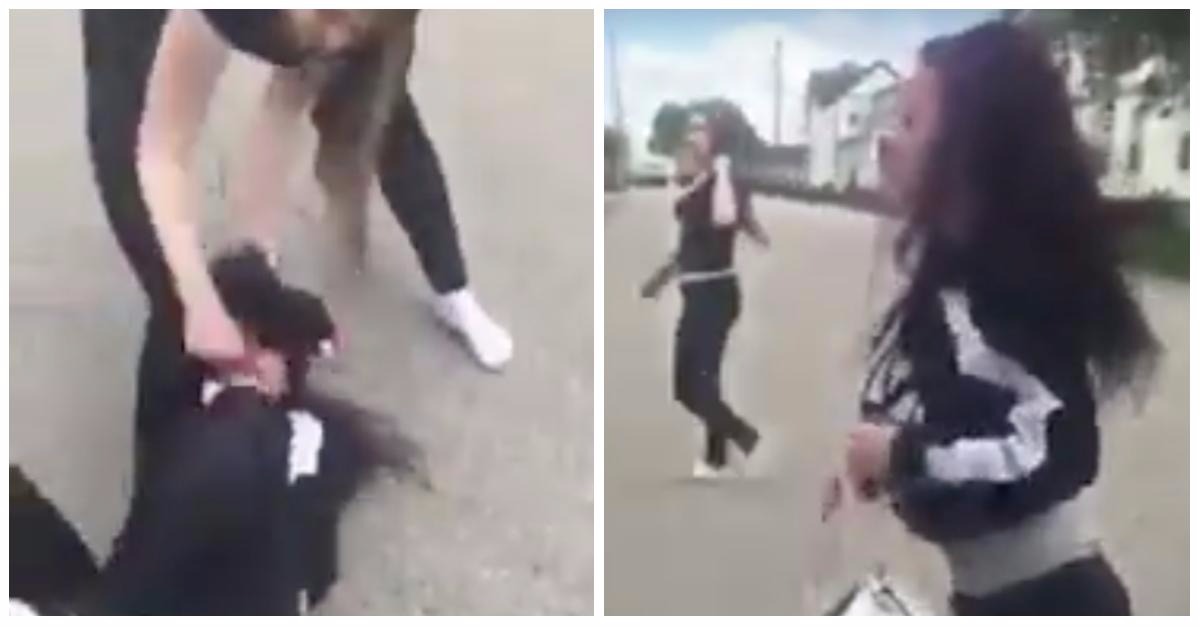 A video is circulating online that purports to show the infamous “Cash Me Ousside” girl, Danielle Bregoli, getting pummeled in the street by another girl.

The 39-second video supposedly shows her getting chased down, taken down and punched repeatedly.

She didn’t even get a chance to retaliate. It was over when it began.

The girl looks and sounds like her. But, is it really?

Bregoli told TMZ that it clearly wasn’t her because her butt isn’t that big.

“Did you see that girl’s ass? I wish my ass was that big,” she said.

Gossip Extra claims that it spoke to Bregoli’s mother, Barbara, who said that it isn’t her daughter in the video.

?We?re in Los Angeles and we?ve been here for almost a month,? she said. ?We?re working on the reality TV show and trust me when I tell that ain?t Danielle.”

“She hasn’t been beaten since March 2016. That was the last time,” she added.

If this is staged, it looks like it was pretty well-planned.

Notice the Nike flops the beaten girl is wearing are very similar to the ones we know Bregoli has. The difference is the color of the flops.

RELATED: Danielle ?Cash Me Ousside? Bregoli reportedly ran into some trouble with the law

In case you’ve forgotten or never heard of it, which seems impossible, here is the origin of “Cash Me Ousside.”

Others have already pointed out the hilarity of the latest video: “Cash Me Ousside Girl Got Caught Outside And Got Her Ass Beat.”

Whatever the case, Bregoli has been involved in public altercations before.

RELATED: ?Cash Me Ousside? teen was caught on camera engaging in yet another public brawl

?It was a quiet evening of the ldub st. Painting festival, when we caught her outside. The lady was concerned with her being out late, and Danielle didn?t want to hear it,” the person who uploaded the YouTube video of that incident wrote, again making reference to “getting caught outside.”

There was also an incident where Bregoli was reportedly kicked off of a plane for punching a passenger.

In other cases, people have, apparently, attempted to mimic Bregoli’s “style.”

Bregoli appears to have shaken off the beatdown that may not have been.

This story has been updated after publishing.