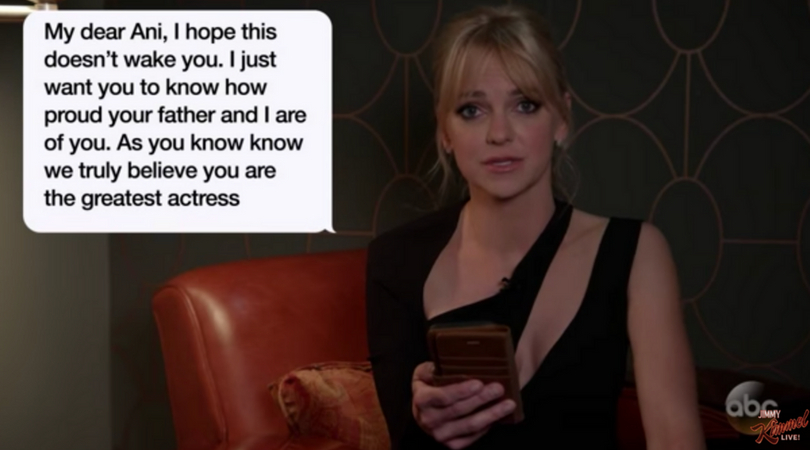 Being completely biased, I have to admit my mother is the best person on the planet. You see, my mom is half Mexican and half American, so the communication barrier can sometimes get out of hand. For example, she doesn’t believe in any punctuation whatsoever, she can’t use Siri to save her life because she can’t understand her, and she sends an infinite amount of chain videos that don’t even make sense. Now, the texting, well, the texting is a whole different story. Let’s just say that she’ll write about how the dog in the corner is looking at her strangely and wants me to come and see it, so she sends a picture of the dog, only to be a picture of her because she forgot to switch the camera. Or, she’ll send me an unintentionally hilarious and awkward text about how the man in her office keeps making weird noises followed by infinite emojis. It’s funny, it’s necessary, and to be honest, I wouldn’t want to live without them.

That being said, I’m pretty sure we have all gotten a semi-deranged text from our mom. Confused parent texting, involving misuse of acronyms and emojis, is honestly the best thing ever, even for celebrities. For Mother’s Day the past few years, Jimmy Kimmel decided to spice things up a bit and have famous celebrities read hilarious text from their moms and it had me laughing on the floor. “Mom Texts: Celebrity Edition,” shows us that even when you’re a celeb, your mom will always keep an eye on you, and well, keep you laughing.

Stars such as Adam Scott, Patton Oswalt, Anthony Anderson YG, Anna Faris, and Kristen Bell dug through their phones to find some of the best texts they received. Most texts were gems, but it was one from Faris’ mother, sent at 3:34 a.m., that had been crunched up laughing in a ball.

“My dear Ani, I hope this doesn’t wake you. I just want you to know how proud your father and I are of you. As you know, we truly believe you are the greatest actress of your generation. We do someday hope you transition into dramatic work.”

Ah, gotta love that 3 am text. Watch the full video below, cue in the LOL’s!

Celebs Read Texts From Their Moms

Kristen Bell’s text was also hilarious, in how her mother just asked her for a simple favor, that probably would get her in trouble. She’s all about getting the inside scoop, and who isn’t, really? Nice try, mom, nice try! It doesn’t really work that way, but good effort.

You see, when it comes to mom’s and their texting, you just have to love it. Some of these texts are extremely relatable, and there’s the comfort knowing that it’s not just your mom who abuses emojis and just refuses to be impressed by anything you’ve done. Kimmel also had some of his staffers also read allowed their texts. My favorite definitely has to be the poke text, because I’m pretty sure no human on Facebook still pokes. I really hope that mother solved her situation.

It Doesn’t Get Old…

Editor’s note: This article was originally published on August, 22, 2018.