Video and images from inside Stephen Paddock’s Las Vegas hotel suite have emerged, and they give an eerie glimpse at the gun-filled room from which he unleashed rounds of bullets onto concert attendees down below.

Footage obtained by The New York Post shows caution tape covering a Mandalay Bay Resort and Casino hotel door and a floor littered with glass. An assault rifle rests on a bipod on the floor with a yellow marker reading “19” next it, indicating that the weapon was one of at least 23 police found in the room.

Additional images obtained by Boston 25 show two other assault rifles, ammunition and a hammer lying on the floor. The items were just a few Paddock used in his rampage that took the lives of 59 people and injured hundreds more. He presumably used the hammer to break two of the windows in the 32nd-floor suite and then fired countless bullets into a crowd of 22,000 people on the ground outside.

RELATED: A man died while shielding his wife from the barrage of bullets in the Las Vegas shooting

Paddock used 10 suitcases to haul his arsenal into the room without suspicion. Among his weapons were an AR-15, an AK-47, four Daniel Defense DDM4 rifles, three FN-15s and more. Investigators indicated he had another 19 guns and thousands of rounds of ammo at his home in Mesquite, Nevada.

Following the tragedy, a tourist who stayed in Paddock’s suite a year ago shared a video from his visit, which consists of a tour of the room. He posted the video on Facebook, writing, “Do you want to see what the view was from Mandalay Bay? Andrea and I stayed in that EXACT same room last year on the 32nd floor! Room 32-135! The video ironically ends with a view down on the concert area. Again, we would like to send our thoughts and prayers to everyone impacted by this tragedy!” 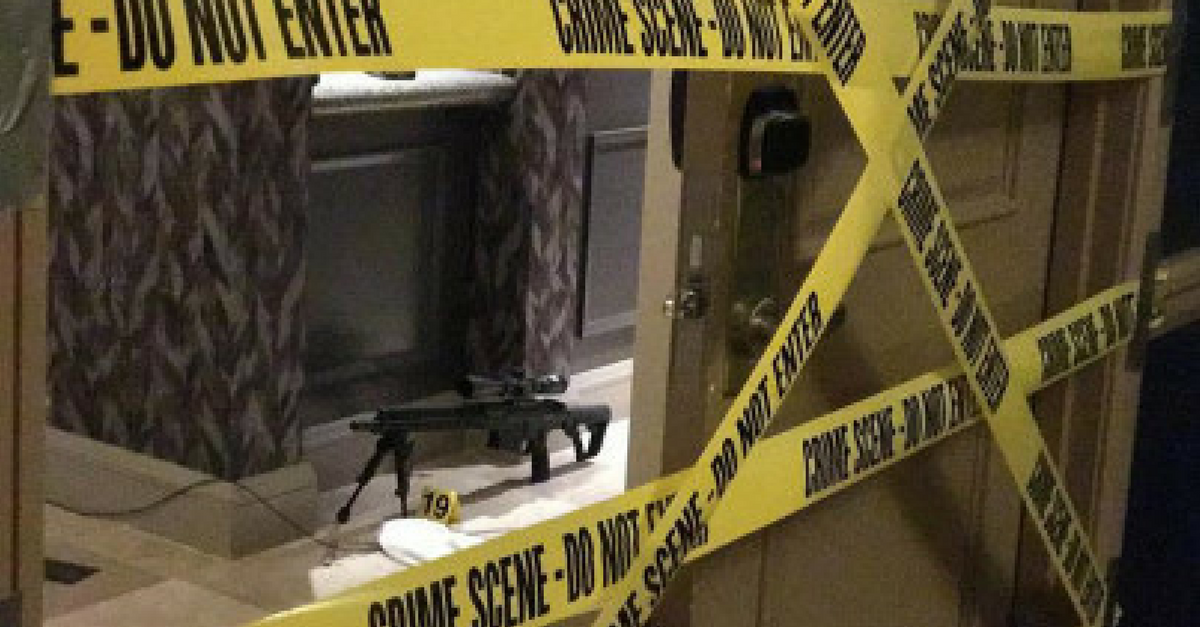