Cold chicken nuggets set off these furious Chick-fil-A customers, who proceeded to trash the place 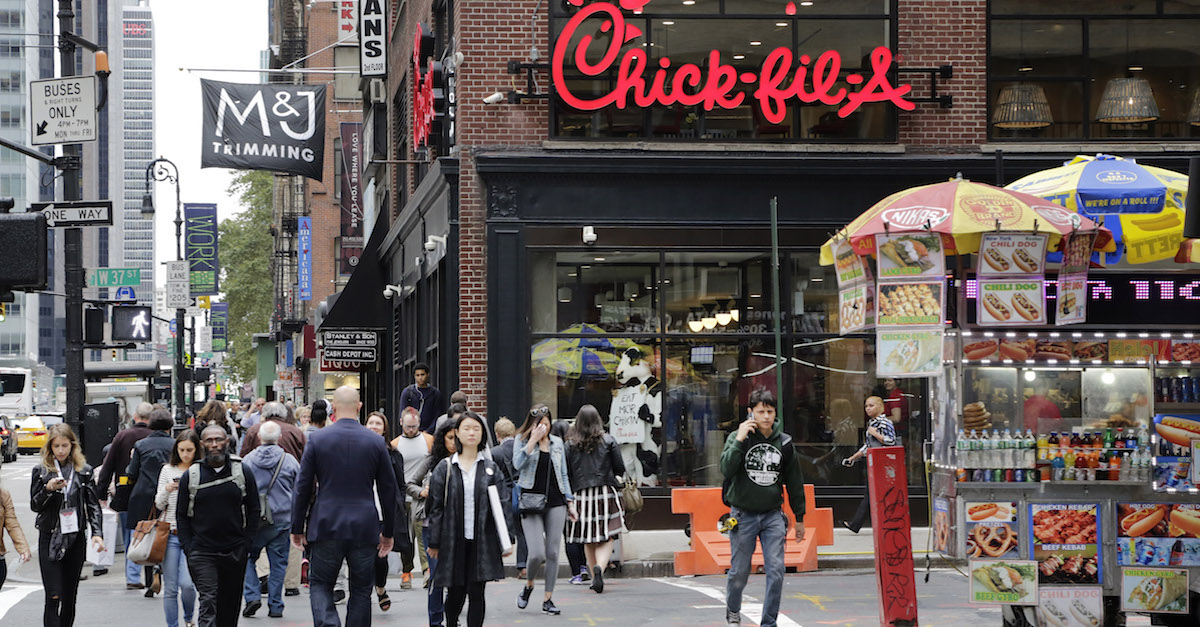 A dissatisfied customer at a Jacksonville, Fla., Chick-fil-A apparently wasn’t satisfied with a cash refund for cold nuggets and decided to take matters into her own hands.

A regular customer at the fast-food chain, Allison Music, recorded the scene and posted it on Facebook. She said she was waiting for her food as a teenage boy was arguing with the staff, which she wrote went on for a good 15 to 20 minutes. She noted that by this point the manager had locked the doors so no one could get in.

According to Music, two women then began pounding on the locked glass doors before entering the restaurant through another set of doors. Once inside, they began “yelling and arguing,” Music wrote, with the employees, who were already on the phone with police.

Music wrote that she didn’t know why the women were so upset, but on the video they can be heard complaining, using some expletive-laced language, that they wanted a refund because their brother’s chicken nuggets were served up cold.

RELATED: All hell breaks loose at a Taco Bell when an irate ex-employee returns for her last check — and it’s all on camera

A worker informed the women that their brother had already received a full cash refund for the cold chicken.

Instead of the situation calming down at that point, things got messy. Another video shows the woman dumping straws, napkins and condiments all over the floor. An onlooker can be heard on the video calling the woman a “heifer.” The woman then moves out of the view of the camera but appears to throw something across the restaurant.

RELATED: A San Francisco mall went into lockdown after a massive brawl broke out

Music wrote in her post that there were children in the restaurant who where crying.

“This is very disrespectful on so many levels and any parent should be ashamed to raise children to act this way,” Music wrote.

“You handled this situation the sorriest way a person could handle it,” Music wrote, directing her comments at the two women. “You are rude, you are a narcissist, and you shouldn’t be proud of what you did. The only thing you accomplished was making a scene. Other than that you accomplished nothing.”