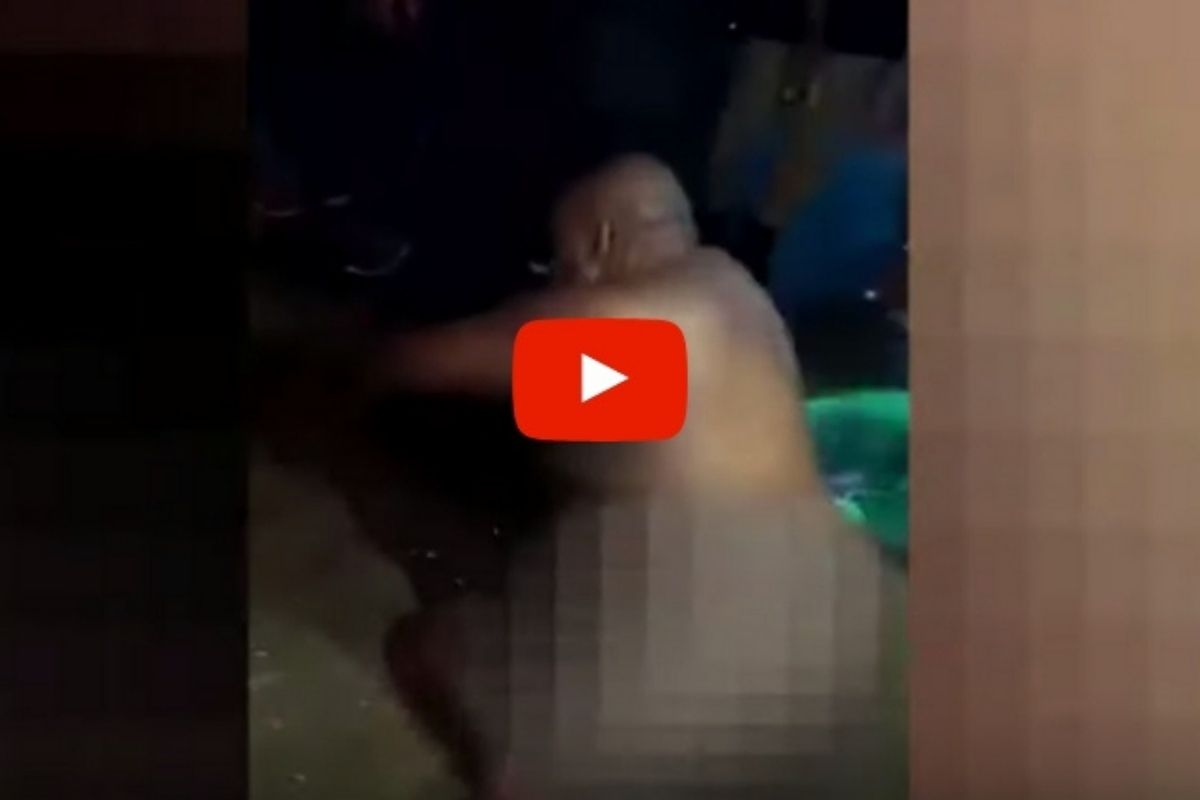 Talk about a wild night. I don’t know what this cop was drinking, but I’m going to need him to share the cocktail recipe because we all need to get to his level. Just kidding, this is a tad too much, but it sure is quite hilarious to see. Turns out an Arkansas police officer clearly lost his mind after drinking too many shots of tequila and left his morals on the dancefloor.

Video surfaced on social media showing Conway police officer Cebron Hackett dancing naked in the middle of the club. So, he was quickly suspended because well, no officer should be doing that. According to his police chief, he was off-duty when he hit the late-night spot in Little Rock, and appeared to be highly intoxicated as he struggled to get up off the floor.

Security officers quickly got him up and escorted him out of the club. Eventually, another police car pulls up with two more Little Rock officers and a plainclothes man helps Hackett stand while he’s getting dressed. Hackett then walks away, and at the same time, the plain-clothed man and another man had in the same direction.

I mean, they probably followed him because they were trying to understand his reasoning behind him dancing naked all over the dance floor. That’s just my guess though. But, not having his late-night shenanigans one bit, the police chief said Hackett’s actions brought discredit and embarrassment to the department because of course, it did. No department wants to have their officer standing around naked in a club.

So, he was suspended without pay for 30 days. Which if you think about it, it’s kind of unfair. This man was just simply having fun. A little bit too much fun, of course, but he was off duty. Give him a break. God knows he’s probably stress from the heavy week he had, that he only wanted to blow off some steam. I will say this, he did have pretty great dance moves.

Editors Note: This article was originally published on November 12, 2019.