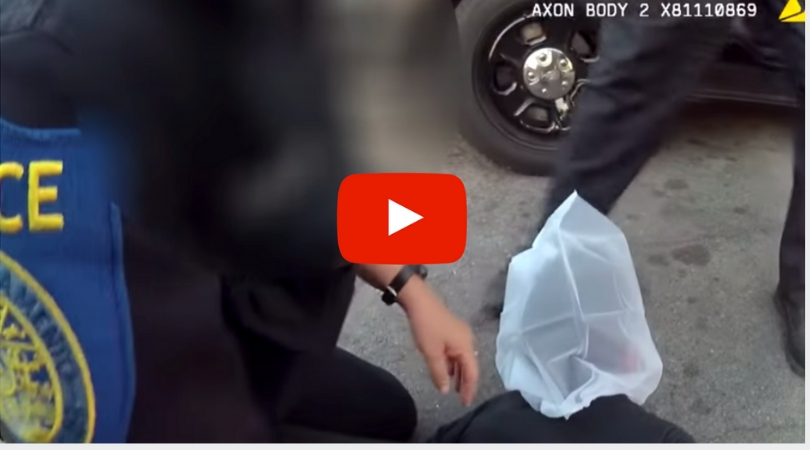 A video involving Sacramento Police officers and a clear mesh “spit mask” is going viral, after police defended their use of the mask on a 12-year-old boy. The officers allegedly covered the boys head to stop him from spitting on the cops. Body camera video shows the boy shouting “I can’t breathe” during his arrest, struggling as he is tackled to the ground.

Authorities stated they spotted the boy running away from a security guard, who helped detain him last month. The video shows officers trying to calm the boy down by grabbing on to him as he repeatedly curses and shouts while getting handcuffed. As expected, bystanders were shocked and videotaped the incident, posting it on social media.

Defending the officers, Police Chief Daniel Hahn released a statement saying officers “appropriately used a spit mask to protect themselves and defuse the situation,” and he was grateful that nobody was injured during the encounters.

The boy was released to his mother and cited for battery against an officer and resisting police. The boy’s family attorney, Mark Harris, stated the boy was treated unfair and was only enjoying a nearby neighborhood carnival until being chased down by a security guard.

Harris is considering a lawsuit on behalf of the 12-year-old and his mother against the city, an employee at a nearby restaurant who helped detain the boy, and the security guard. Harris is head of Sacramento office of a national civil rights legal firm who also represents the family of Stephon Clark. Clark was a 22-year-old unarmed vandalism suspect who was killed by Sacramento Police last year while leading a national protest.