A video of police officers in Estonia using a spike strip to stop a speeding car has gone viral, earning millions of views since it was uploaded last week. According to the description, the event took place on May 1. Police received a phone call that the driver might be under the influence. Another group of officers further down the road then waited for the driver. The officer managed to throw the spike strip out without damaging any other cars.

RELATED: An immigration agent who went to a public school looking for a student was sent packing, but they’re not backing down

Spike strips have been outlawed in parts of America after they’ve led to the deaths of officers. According to the Dallas News, five officers died in 2011 while using spike strips. Because they are employed at a moment’s notice, spike strips also have the potential to incapacitate innocent drivers. Thankfully, in this incident, the strip worked perfectly, and police were able to apprehend the suspect.

RELATED: Police officers of the world, you have the right to keep dancing 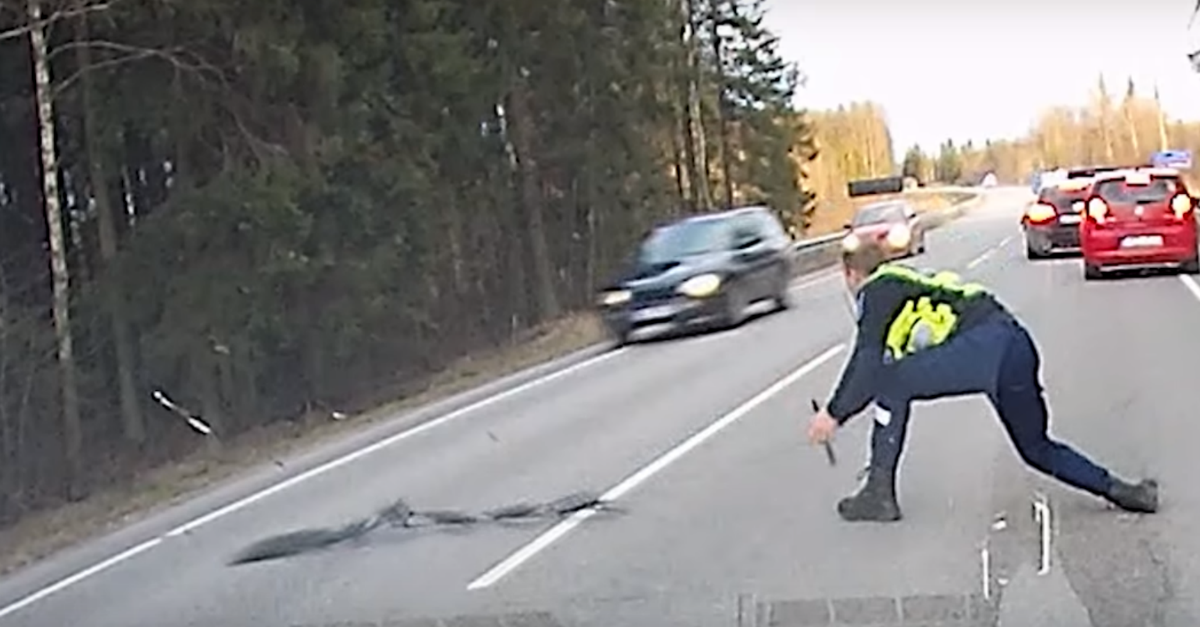