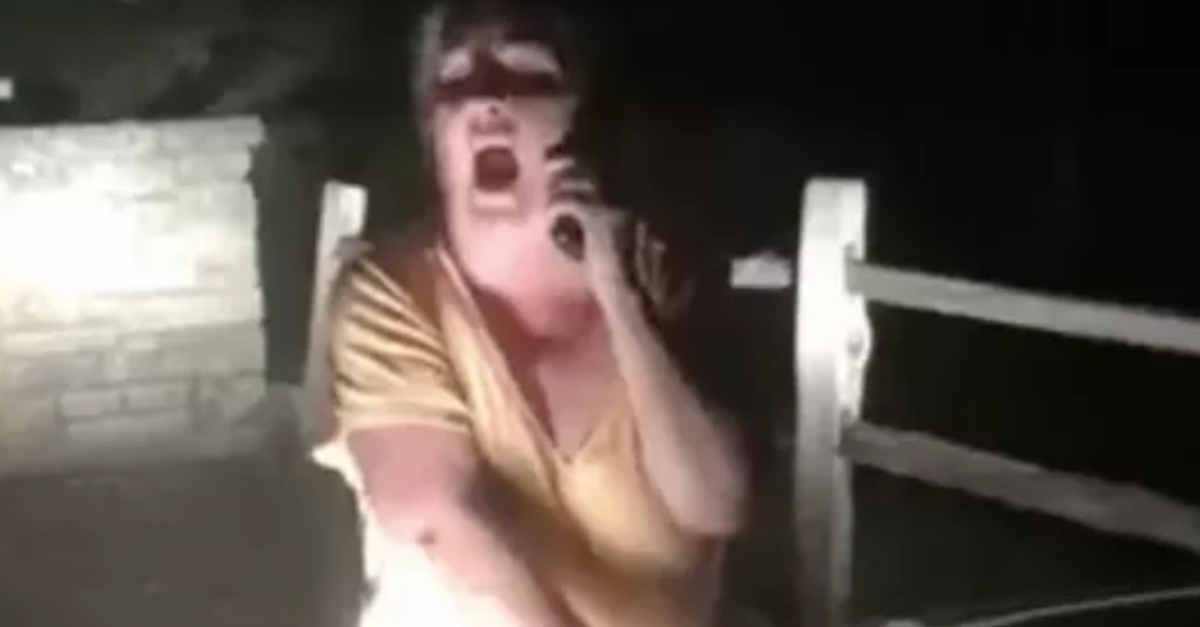 There’s not much point in trying to guess the motivation behind this crazy lady’s screaming lies. Crazy is as crazy does, to paraphrase Forrest Gump. How this particular shrieking lunatic came to the conclusion that this innocent guy leaving a park at night was an evil killer attempting to run her over is anyone’s guess, but “Drugs” and “Dementia” feel like frontrunners. “Drunk on power” is the dark horse.

I say drunk on power because, apparently, the woman was working the gate at Georgetown Lake park near Georgetown, Texas. According to the man who was driving the car and recording the video, he accidentally — momentarily — drove down the entrance lane instead of the exit lane. He quickly noticed his mistake and corrected, but not before this lady leapt in front of his car and told him he was going to jail. What ensued is… I hope induced by the aforementioned first or second options.

If I provided zero context for this video and instead told you a witch ran out of the woods and attacked this man’s car you would believe it. How is this woman working the gate? She’s in pajamas and also is insane. This is an alternate — and somehow more unsettling — ending to The Blair Witch Project.

Fortunately for this park, this guy, and the Georgetown community at large, this woman will no longer be employed in this position after her contract expires (which the park assures the public is “soon”). It’s obviously unclear where the lady is going to work next but may I humbly not recommend Walmart greeter?