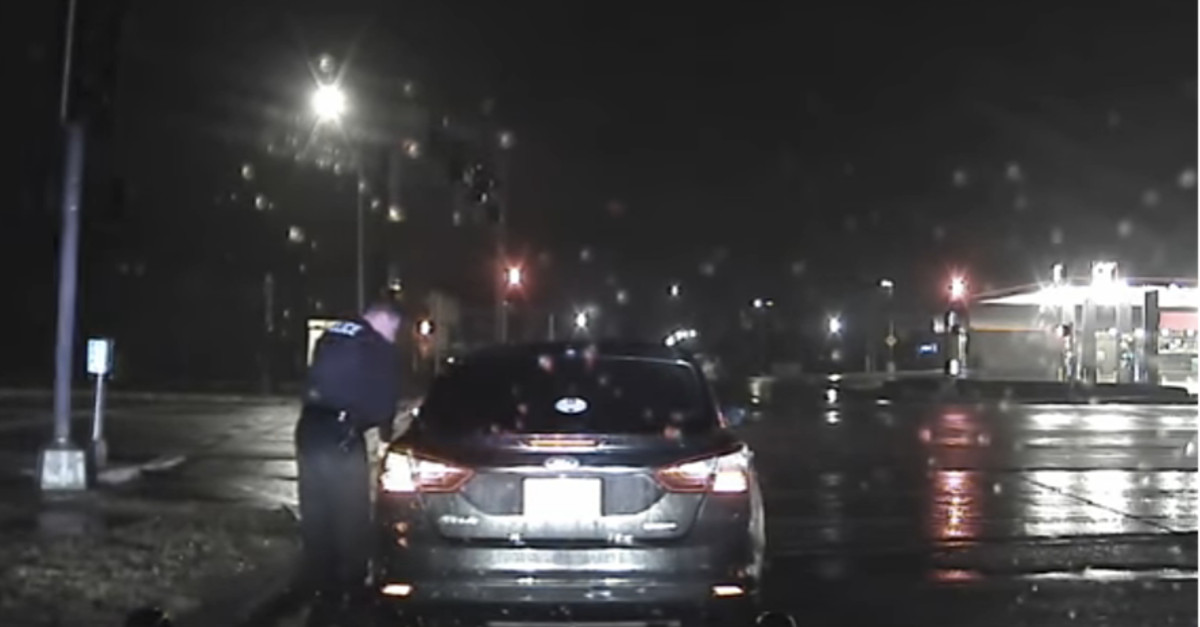 Dash cam footage of a traffic stop reveals that an officer could have potentially prevented the accidental death of a 20-year-old strip club waitress who drove her car into the Missouri River.

Toni Anderson, according to the Kansas City Star, had ethanol, cocaine and amphetamines in her system. The video was released the same day that the Jackson County Medical Examiner’s Office ruled that drug intoxication was a factor in her death.

The Jan. 15 night that Anderson, a student at the University of Missouri-Kansas City, was stopped by the officer was the last time she was seen alive. She was pulled over for driving the wrong way. Anderson can be heard on the video slurring and giggling, and she told the officer that she had not been drinking.

RELATED: Cop throws shade at a drunk woman who had a bearded dragon in her bra

The officer apparently believed her and decided not to administer a sobriety test and issued only a warning. He told her to pull over for a bit to collect herself before continuing to drive.

RELATED: A drunk driver who killed a woman on their first date has learned his sentence

That was the last anyone saw of Anderson. Two months later, on March 10, she was discovered inside her submerged Ford Focus. Authorities discovered the car in the river seven miles from the traffic stop.

One of Anderson’s friends blamed the officer for not giving her a sobriety test.

“Cops don’t tell people they think are intoxicated to go collect themselves,” Mary Gillespie told the Kansas City Star. “No, they are going to perform a Breathalyzer test or other DUI testing and then determine if they need to take you in or not.”