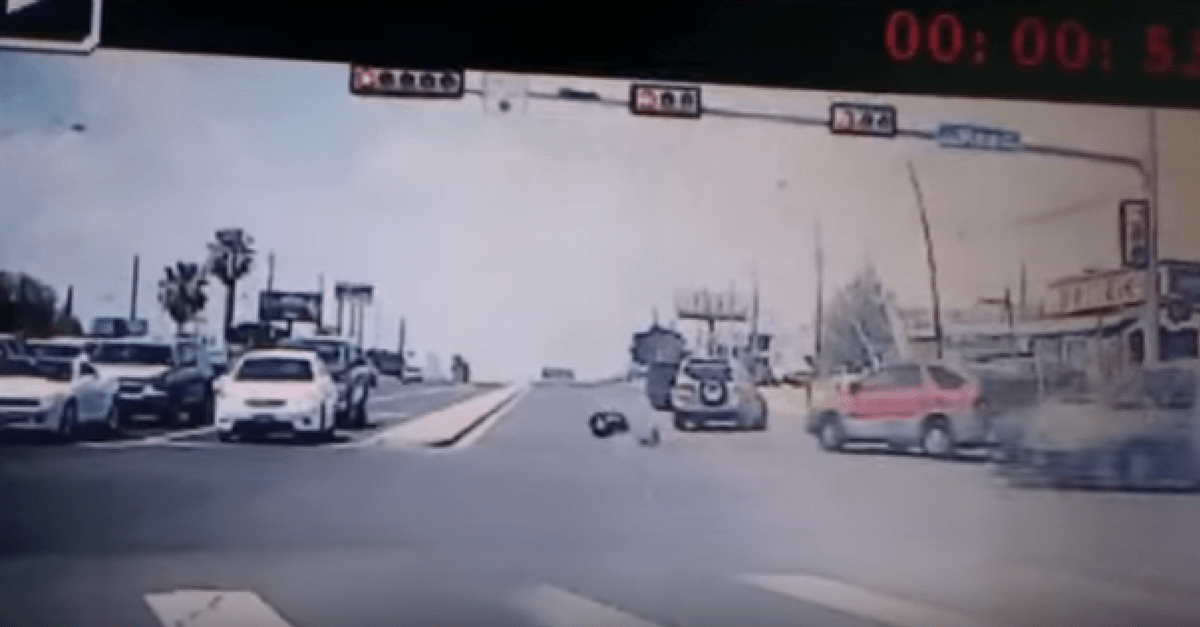 On Wednesday afternoon, a 1-year-old boy and his car seat tumbled out of a moving SUV onto a busy Texas roadway in an incident that was all caught on camera.

The heart-stopping video shows the exact moment the baby falls out of the car as the driver takes a right turn. Luckily, another driver spotted the child and pulled over. The kid can then be seen running into the strangers’ arms and out of the road.

RELATED: A driver captured the disastrous moment a medicated man climbed behind the wheel

“When we started pulling forward, we got to a red light and there were some cars passing by — the second vehicle in the video shows the door opening as soon as they’re making a small turn, and mid turn the door flew open,” Claudia Alanis, the driver who caught the incident on video, said. “The kid fell out along with his car seat a few steps away from him, and [drivers in the area] noticed right away that the baby had fallen out.”

Alanis noted that she honked at the child’s guardian to try to get her attention.

“[The baby] just ran into the stranger’s arms,” Alanis said. “The woman on the passenger’s side, I believe is the mom, got [out] of the vehicle crying and ran toward the baby.”

26-year-old Jocelyn Nicole Hernandez was given a citation for having an unrestrained child younger than 4 in the car, and the child was treated at the scene for scrapes.