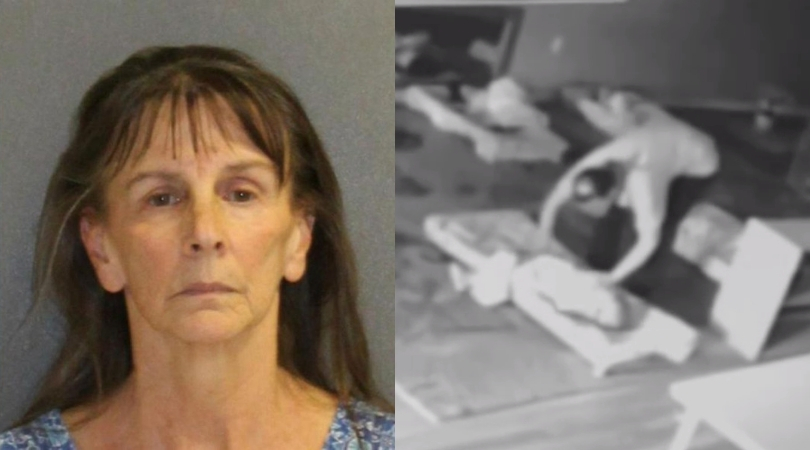 A Volusia County woman is being charged with felony child abuse after surveillance video showed her tossing around children at Dream City Academy Daycare in Ormond Beach. According to Ormond Beach Police Department, the video shows 65-year-old Katherine Weitz shaking the children and a couple were “smacked” during nap time.

Weitz would hit them in the back of their heads with her hand and push their face forwards in their cots. The office manager heard children crying throughout the day and became suspicious about the way they were being treated, which is when she checked the surveillance footage and saw the abuse. One video released by the police department showed her hitting a child in the face, and pushing the cots while they were sleeping. Officials stated it was Weitz’s third day on the job as a full-time employee.

As expected, parents said they were outraged after learning of the incident, since they trusted the daycare to take care of their children. Authorities found over 30 incidents that could be considered child abuse, to at least four toddlers. Weitz tried to explain to authorities the reason behind the abuse, saying that she woke up with a headache and thought about calling in sick, but instead decided to work, and lost her patience throughout the day.

Which makes you question what she’s like on a good day, and if this is the first time she has done this in a daycare. What I want to know, is why work in a place that you know you will get frustrated and have to give all your attention to someone no matter how tired you are? You’re a daycare worker, these aren’t retail customers, these are toddlers who trust you and look up to you. You’re only making it worse by hitting and tossing them around like ragdolls.

What surprised me the most about this whole incident, is that before being hired as full-time, Weitz went through a thorough background check. Seems to me like something isn’t quite adding up. The former daycare worker was released on a $30,000 bond but is scheduled for arrangement this coming week.