A Deer Hit a Car, Flew Across the Road, and Almost Killed a Cyclist 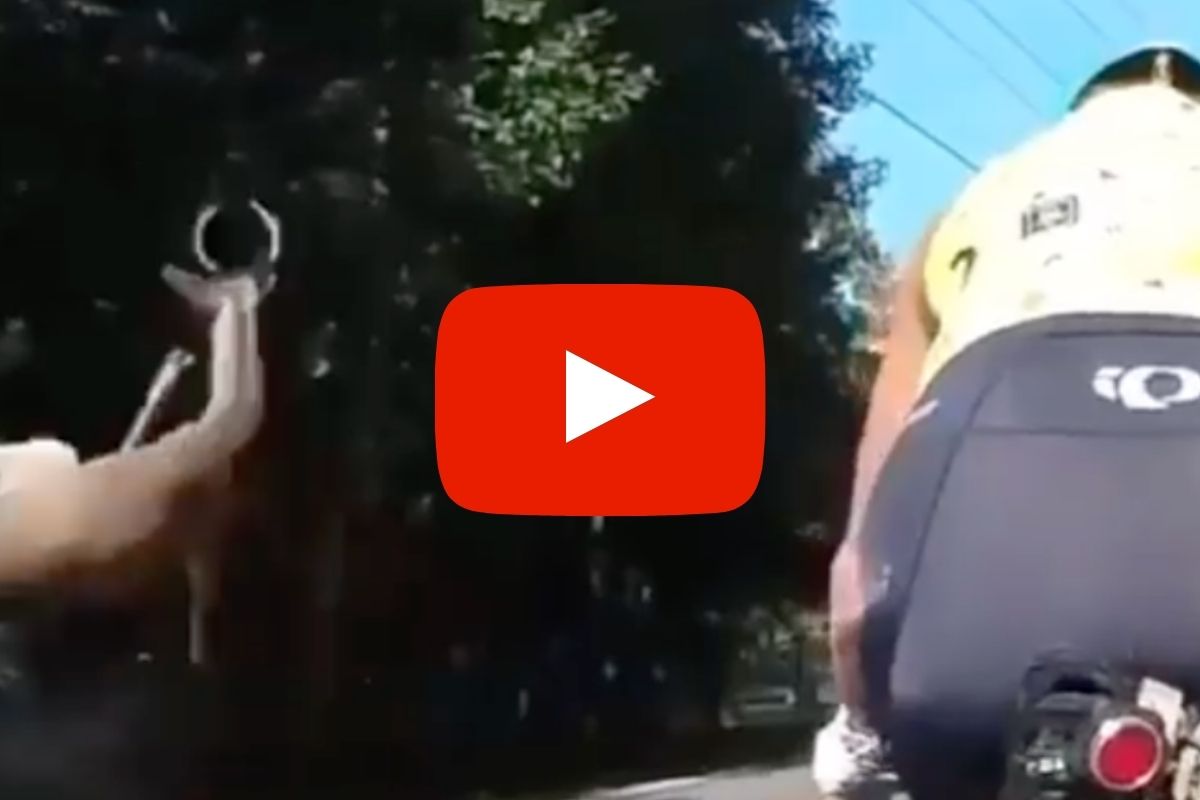 Hitting a deer with your car is one of the most jarring, frightening couple of seconds you can have while driving. Those stupid, hooved, forest rats are 150 pounds of muscle and bone that somehow got the idea that sprinting straight into the path of your moving vehicle is the only way to avoid it. Hitting a deer is violent.

As bad as hitting a deer while driving in your car is, though, getting hit by a flying deer that was just hit by a car while you’re cycling in the opposite direction seems like it might be worse. Mostly since it’d probably kill you, and nobody wants to die like some sort of Final Destination, Looney Tunes character.

And that’s what almost happened to these cyclists! Good God this video is insane. A deer gets hit by a car and tossed at a group of cyclists like a rag doll. It’s a miracle none of these people got pancaked by this thing.

I bet that deer lived. Of course, that deer lived. Meanwhile, that person’s car is wrecked and any of a half dozen people could have died. If someone had been crushed by that deer the thing would’ve just gotten up, shaken off the hit, and pranced into the woods with someone’s brains splattered across its torso. We need to start reintroducing packs of wolves into the wild.

It’s also unbelievable that the cyclists barely react. Plus they don’t stop to help the car that the deer ran into which is kind of a dick move. But then again anybody who regularly goes bike riding on roads — especially small roads like that — is probably used to almost dying like five times a ride. This is an average Sunday ride for them. Thirty minutes later a dump truck probably ran three of them off the road.

Editors Note: This article was originally published on October 8, 2018.

Watch: TWO BUCKS ARE DUELING DURING RUT WHEN A THIRD JOINS IN