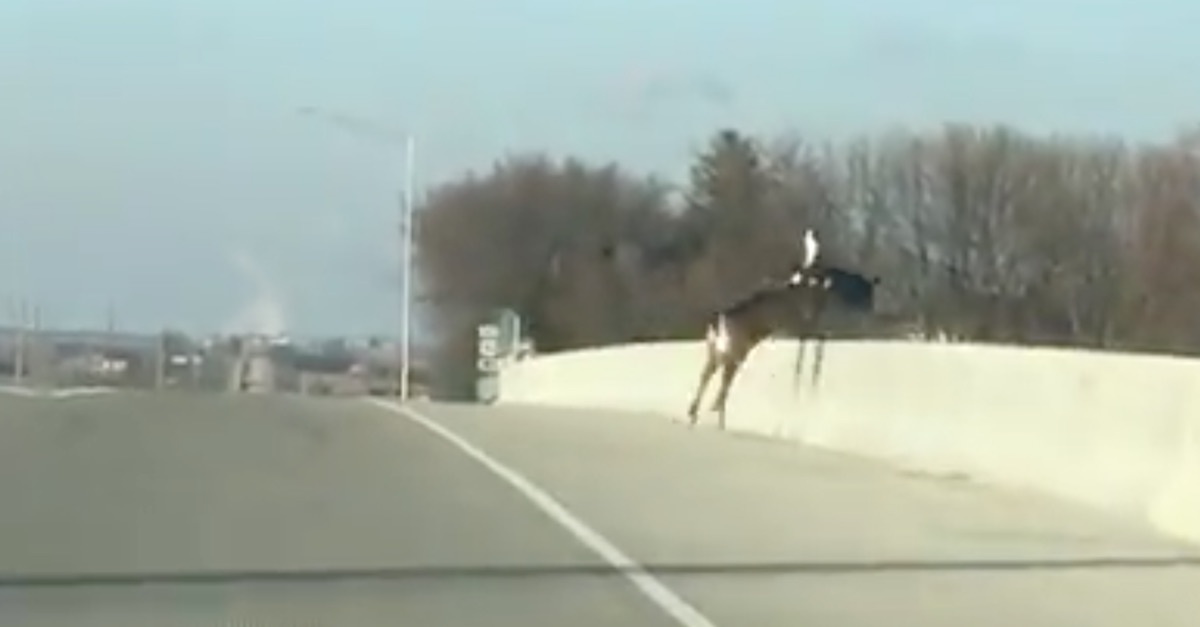 Warning: you might find one of the photos in this article upsetting.

RELATED: Children run out of the way as deer runs through hallways of middle school

It wasn’t exactly the deer in the headlights situation we’re used to, when in the middle of the night these creatures will stare down death in the face. Motorists in Iowa were stunned by what happened in front of them in broad daylight, as the deer uncomfortable in an unfamiliar place opted to jump over a sidewall to their deaths.

Catherine Veerhusen filmed the video, took an even sadder picture of the deer’s demise and posted these on Facebook.

The animals fell an estimated 20 to 30 feet.

Veerhusen told the Des Moines Register that she had never seen anything like it, while conservation officer Ron Lane said that he assumed the deer panicked because the bridge is new.

“I’ve never seen anything like this. No words, no words,” Veerhusen said. “I stood there. I was just in shock. I’ve never seen them spooked like that.”

“The bridge there is brand new. I’m guessing the deer aren’t used to that, with all of the construction going on,” Lane added. “It sounds like with they were just trying to run across and didn’t know where to go.”

As you can see, this confusion had fatal consequences.

RELATED: Deer disease is sparking debate and could forever change how we hunt