A newly-released video shows the frightening moment that an Australian man set fire to a bank.

Vision released of the moment a man set fire to a bank in Melbourne. Nur Islam has been committed to stand trial over the incident. #7News pic.twitter.com/OJ17Bmk8LP

The attack occurred last year at the Commonwealth Bank in Springvale, Australia. When the man — who has since been identified as Nur Islam — entered the bank, he was carrying a gas canister full of fluid. As he began emptying it on the floor, employees and customers fled out the door. Many of them weren’t lucky enough to escape unscathed; of the 37 people inside, 26 suffered injuries, Pedestrian TV reports.

The 22-year-old suspect endured the brunt of the harrowing incident, roughly 60 percent of his body was burned. The footage was released on Tuesday, as Nur Islam appeared in court on 108 charges including arson and property damage by fire. He is pleading not guilty; his lawyer says that though the suspect admits to lighting the fire, he didn’t intend to hurt anybody, News.com.au reports.

RELATED: Harrowing footage of this morning’s deadly bus crash has just been released

The blaze caused an estimated $2.5 million in damages. Allegedy, Nur Islam intended to withdraw money from his account. When he got angry at the long wait, he went to a nearby gas station and bought over 11 liters of fuel which he then used to start the fire. 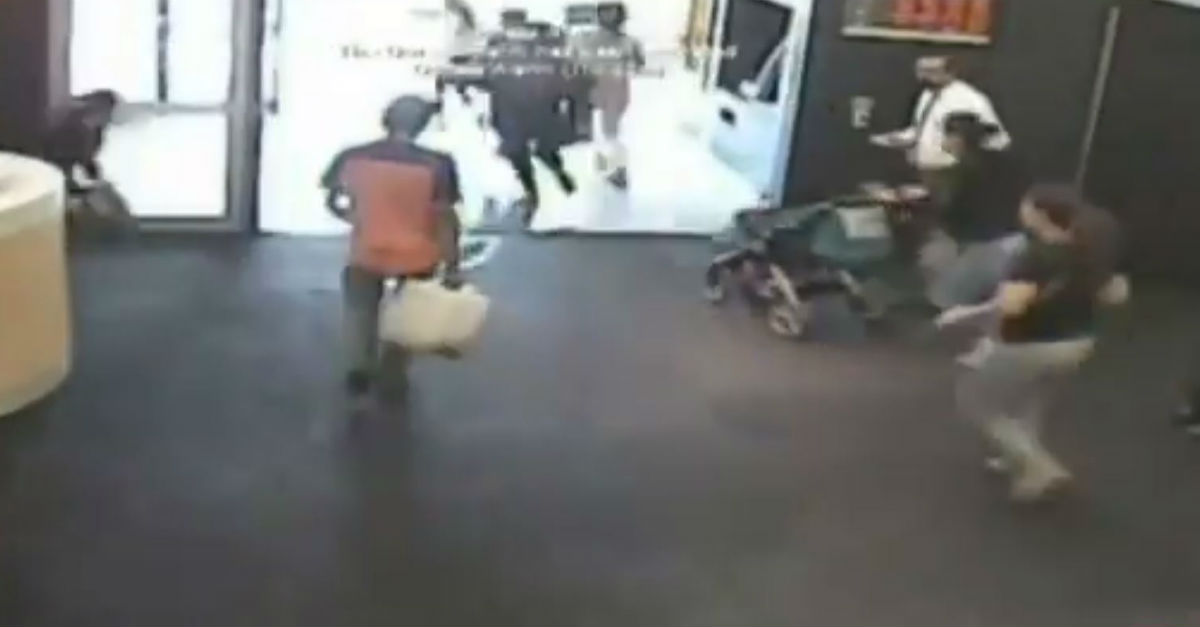