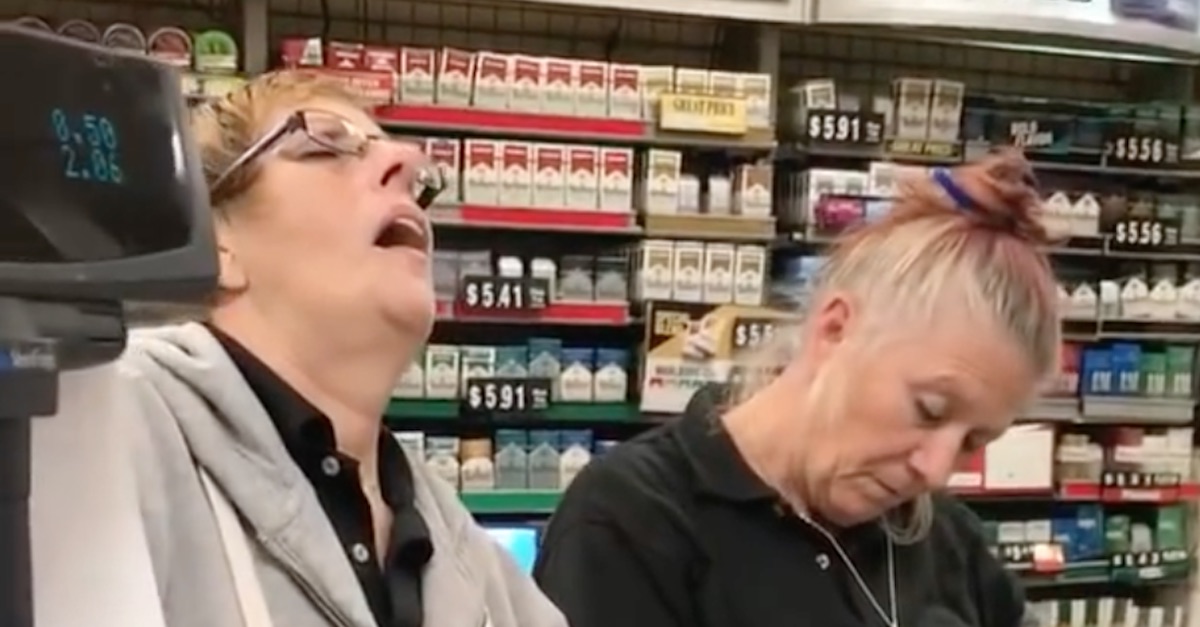 A video titled “America’s Opioid Epidemic” uploaded to YouTube on Saturday that also went viral on Reddit has the internet convinced that what was recorded is a microcosm of the drug problem that prompted President Donald Trump to declare a national emergency.

While we cannot confirm for certain what substances the unidentified women are shown in the video used or whether they were on drugs in the first place, many noted that their sluggishness and “nodding off” resembled their experiences of people on opioids.

Customers walked into the store, spotted the two employees in this state, started filming and said “hello” to get their attention.

After this, the employees slowly responded and attempted to ring up and bag a ginger ale, a bag of chips and another snack.  It did not go easily.

“Bag it,” one employee said to the other. “I’m trying,” the other replied.

Many on Reddit were so taken aback that they seemed to confuse these employees for customers.

When one commenter on YouTube understandably asked “Any proof they’re on opioids?” many replied that all you need to do is watch the video and observe what the women are doing.

One went so far as to say “they’re either on some kind of drug or happen to be two narcoleptics working the same till.”

While the Daily Mail reported that the location this happened appeared to be in Sonoma, Calif., internet commenters listening closely to the video heard a radio commercial playing in the background that they know from Indiana, specifically a Hare Chevrolet ad.

Hare Chevrolet is in Noblesville, Ind., which, notably, is 35 minutes away from the Village Pantry convenience store Redditors think this happened at.

The YouTuber who uploaded the video, Fair West, explained why they went public with this video, saying it wasn’t for likes but for awareness.