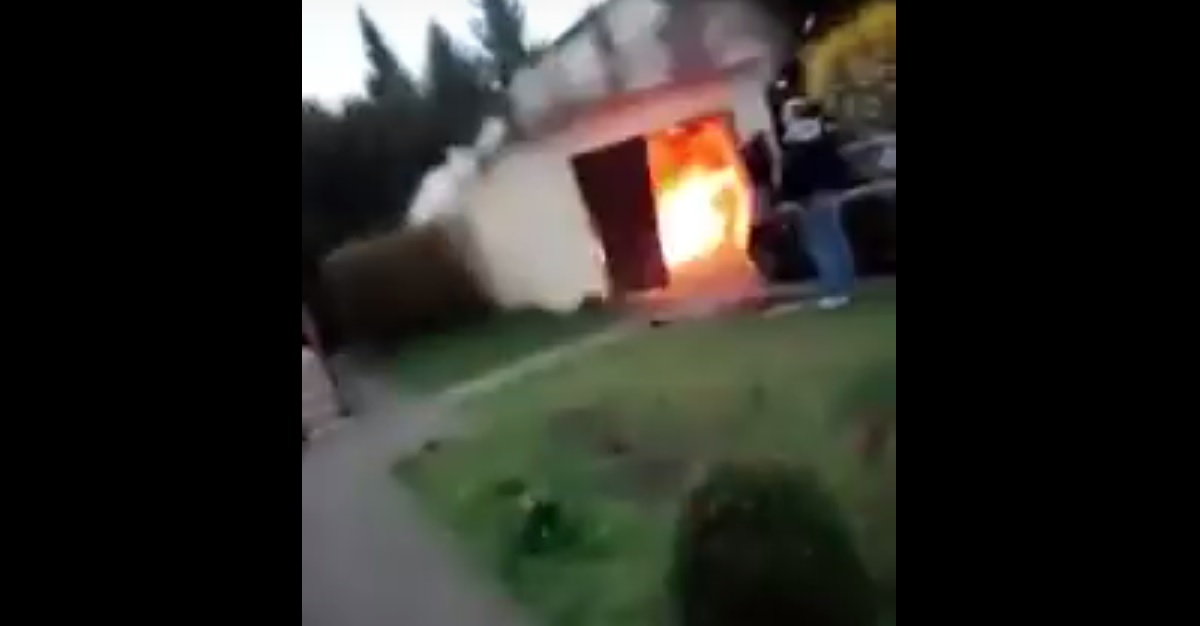 Painting the garage could eat up your whole weekend if you’re not careful. It’s an ordeal: Clean and patch the walls. Prime. Wait. First coat. Wait. Second coat. Ugh.

The man in this video, a homeowner in Bogatynia in southwest Poland, isn’t interested. Polish news site Polsat says that he decided that the fastest way to get the garage in shape was to use spray paint — not by spraying it, but by using fireworks to detonate it inside his garage.

RELATED: Watch what happens when this guy sends 20,000 volts through a watermelon

This turned out about as you’d expect. Thankfully, it’s all on video.

Police say the explosion happened just after noon local time Tuesday of this week. It sent the homeowner to the hospital (he’s the one smashed by the door when it flies open), but Polsat says he’s alright.

It could’ve gone much worse for the man — he’s lucky he’s not picking steel shrapnel out of his body.