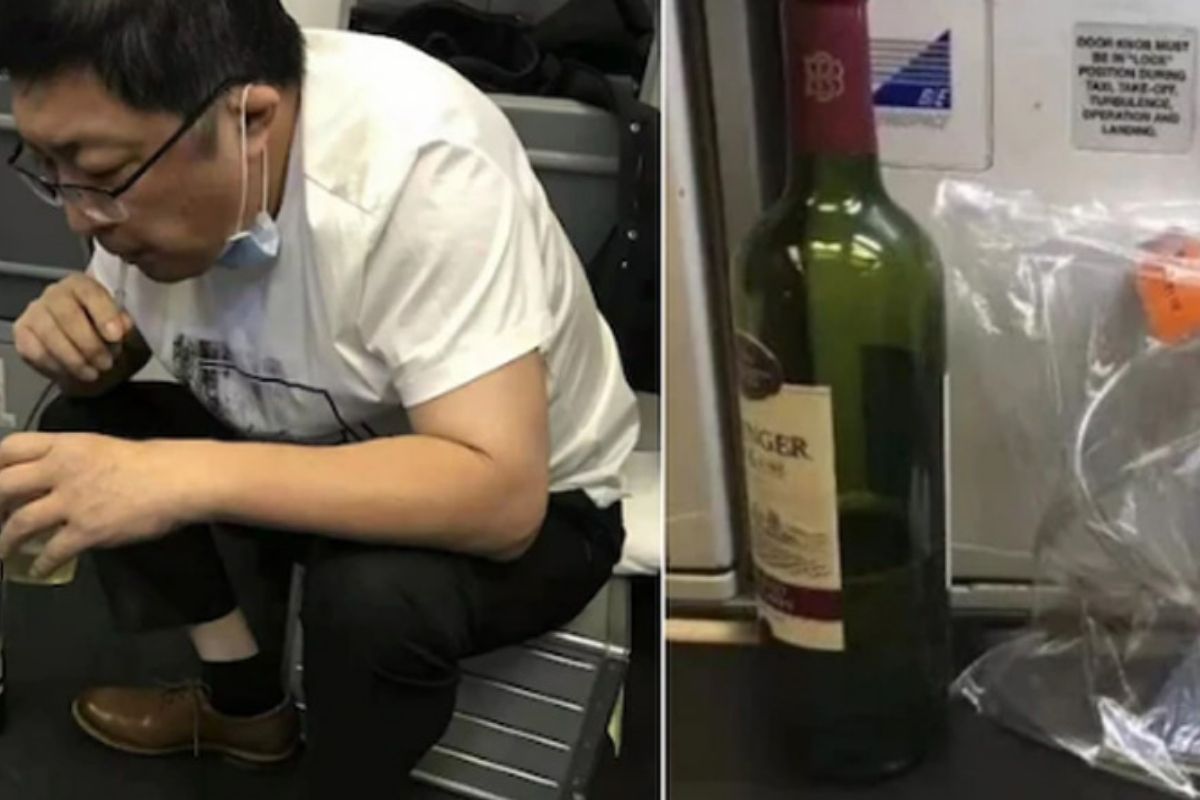 Wow, talk about a true hero. You know how they say that sometimes we don’t give enough credit to doctors, will this Chinese doctor is definitely an example of that. He had to think quick on his feet when a passenger on a flight suffered a medical emergency. Zhang Hong, who is a surgeon from the first affiliated hospital of Jinan University in Guangzhou, saved an elderly man by literally sucking the urine from the traveler’s blocked bladder. Yes, this man basically drank someone else’s pee. Talk about a true MVP. Y’all doctors better step it up.

The doctor was flying from Guangzhou to New York on China Southern Airlines flight 399 and was still six hours away from their destination when he decided to spring into action. The passenger was sweating and had a swollen stomach and had been diagnosed with an enlarged prostate, which the doctor suspected was causing a blockage.

The doctor said the passenger was going into shock, and his life was at risk which is why he needed to attend to him urgently. That’s when the flight attendant decided to set up blankets on the floor in an area towards the back of the plane. Zhang and another physician who was on board, Xiao Zhanxiang from Hainan Provincial People’s Hospital in Haikou, quickly fashion a makeshift catheter out of a plastic tube from an oxygen mask, tape, a syringe needle from the aircraft’s medical kit, and straws from milk cartons.

Doctor Saves Man’s Life By Sucking Out His Pee

Unfortunately, the needle on the device was too small to drain the urine. After experiencing difficulties in easing the pressure of the man’s bladder, the doctor stepped in and sucked out the urine himself. He reportedly spent 37 minutes draining approximately 800ml of urine from the man’s bladder.

Footage of the life-saving act, which is now gone viral on social media, showed Zhang literally spitting into an empty wine bottle as a siphoned the urine using his mouth. Upon landing, another physician then looked at the elderly passenger to make sure he was okay, but this doctor definitely deserves all the credit he can get for saving this man’s life. I mean… this man drank pee. Sure he spit it out, but at the end of the day, we all know that it must have gotten past his throat someway somehow.

Yup, give this doctor a metal.

Editors note: This article was originally published on November 26, 2019.