Dog Pretends To be Stray For Free McDonald’s Burgers 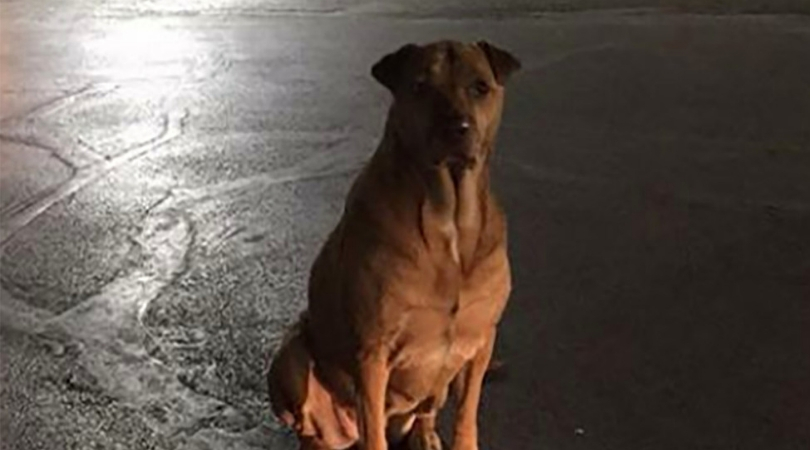 Sometimes I think that dogs are the smartest creatures on earth. Think about it! It?s crazy to think about how they understand us, even though they can?t talk, and know how to work their way around us. They get what they want, when they want it, and make you feel like a terrible pet owner if you don?t. Like Princess, an Oklahoma City dog that got hilariously food shamed!

Betsy Reyes of Oklahoma City went on a hysterically funny Facebook rank, asking customers at a nearby McDonald’s to stop feeding her ?gold digging? dog because she is not stray. Her post read,

“If you see my dog @ the McDonald?s on shields, quit feeding her fat ass bc she don?t know how to act & be leaving the house all the time to go walking to McDonald?s at night. She?s not even a stray dog. She?s just a gold diggin ass bitch that be acting like she?s a stray so people will feel bad for her & feed her burgers.”

You see, according to her dog owner, Princess thinks it?s funny to beg people for food, by acting like she?s stray so people will feel bad for her and feed her free Mcdonald’s hamburgers. Princess sneaks out at night, and sit outside the fast food joint (in this case, a Mcdonald’s parking lot), waiting for people to pass by and flashes those literal puppy eyes.

Reyes caught the notorious ?hamburgler? in the act when she drove to her local McDonald’s and Princess approached the car. But, realizing she had made a huge mistake, Princess begins to wave her tail and backs away once she saw her dog owner was the one in the car. Reyes then saw Princess heading over to a different car, where the gullible drivers quickly gave her a piece of their burger. You win this time, Princess!

Reyes? post quickly went viral on social media, and has been shared more than 260,000 times on Facebook! I mean…who wouldn?t share that post, seriously? The look on her face is priceless! What sneaky sneaky pup. I guess humans aren’t the only ones who love Mcdonald’s cheeseburgers.

Editor’s note: This article was originally published on February 15, 2019.

Watch: Gang of Foul-Mouthed Ronald McDonalds Storm into Burger King and Serve Up Some Insults