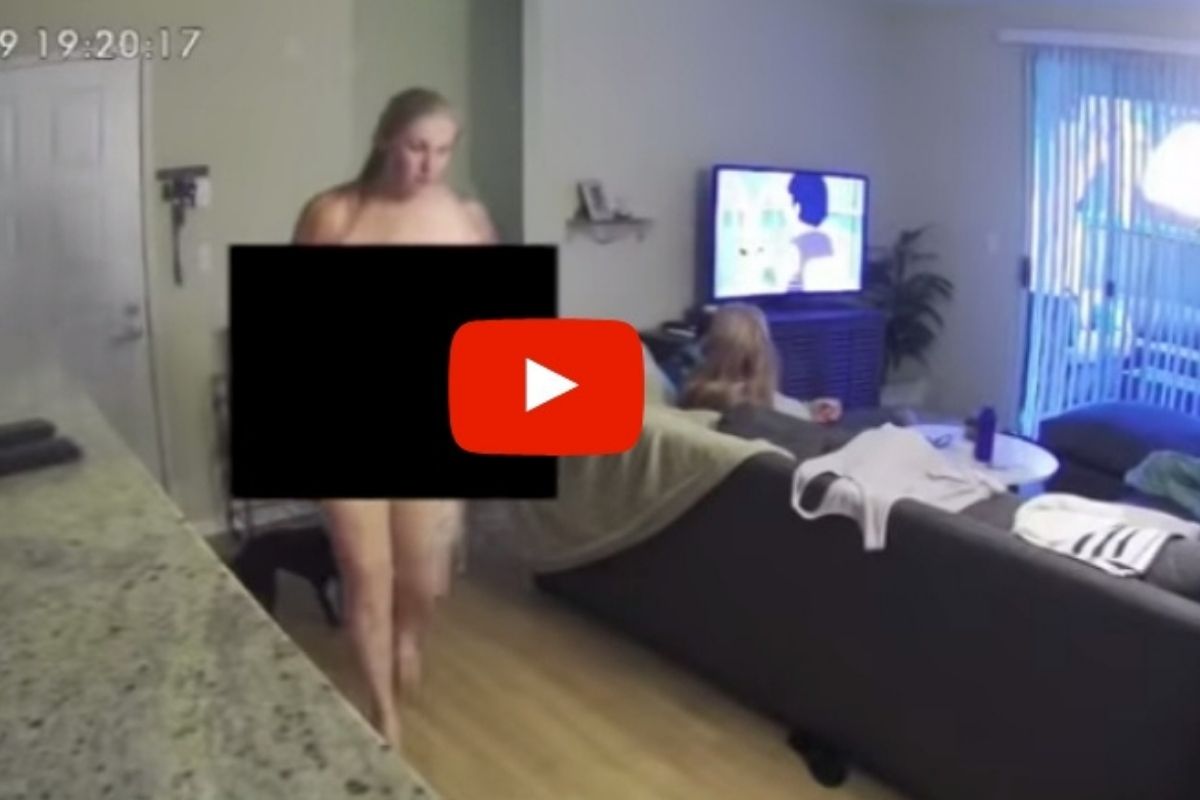 A dog sitter in California was so so hot while babysitting some pups, that she decided to literally take off all her clothes and walk around the owner’s home completely naked. Rosie Brown reportedly hired 26-year-old Casey Brengle off a pet sitting app called “Wag!” after making sure Brengle’s reviews were top of the line. Brown said she initially felt comfortable enough with the dog sitter since she had more than 210 five-star reviews, agreeing to let her take care of her two puppies, Penny and Daisy, for 4 and a half days. After agreeing on a set price of $315, they then discussed the dog’s daily routine and about the doggie cam on the kitchen counter which also doubles as a treat dispenser.

Unfortunately, Brown quickly got the shock of her life after the ‘doggie cam’ picked up…let’s say some “inappropriate behavior.” While out of town, Brown she said she got an alert from the ‘doggie cam’ which showed a strange man in her apartment. When she checked to footage again, she saw Brengle and the man kissing and quickly walking right into the master bedroom together.

The man reportedly visited the home several more times, as well as two other people who were later identified as Brengle’s parents. What shocked the owner the most, was the fact that this woman didn’t just bring over other strangers to the home, but she decided to take off all her clothes and nonchalantly sit on her couch in the living room. Basically, this woman was walking around butt naked as if she owned the place. Oh, and while her parents were there, too. So yeah, this woman didn’t care about anyone watching her.

What was her excuse for walking around the home naked and entering the bedroom? Well, in regards to the bedroom, she said “nothing inappropriate happened”, which I’m sure is a complete lie. As to why she was naked, she said it was because “it got hot” and she doesn’t like to wear clothes. Yes, this woman thought the solution to getting cool was to simply take off her clothes instead of turning down the thermostat.

The footage also shows Brengle yelling at the dogs at least once, and shows her coming in from her walk after 5 minutes, rather than taking them for 30 to 60-minute walks as she had agreed to. Brown immediately filed a complaint with the dog walking app, known as “the Uber for dog-walking”, and the company suspended Brengle. Through a statement, the company said the behavior was unacceptable and contrary to their Community Guidelines since they expect everyone on the platform to conduct themselves “professionally.”

…at least it’s a nice change from all of those “Wag lost my dog” @WagWalking stories?

Wag! also reportedly offered to pay for cleaning services and a locksmith for Brown’s home. Which I mean, props to the company for offering those services. I would totally say yes if I was her. But, I’m sure we can all agree that the situation here might have been avoidable if the company would have run more background checks.

According to the Better Business Bureau, Wag! has received 47 complaints since September 2017 for things such as not applying credits properly, walkers not showing up for scheduled walks, money, keys and other items stolen, and dogs getting loose on the walker’s time. The bureau gave Wag! an “F” for how they addressed the complaints and changed it to “Not Rated” while they worked with the company to help improve the process of responding to and resolving complaints. But, this week, BBB awarded Wag! an A+ for the progress they made. Which is quite of a shocker because if this is an A+, then I wonder what a C looks like.

So, how can you avoid a nasty situation like this? Well, it’s always important to be honest on your application about what your expectations are for you and your dogs. Second, always reveal any problem they may have such as aggression or anxiety. Last but not least, it’s important to meet the dog sitter before you hire them to make sure your dog and the sitter connect.

You might also want to invest in a camera like Brown…because well, you never know who could be walking around your home naked. YIKES.

Editor’s note: This article was originally published on May 21, 2019.