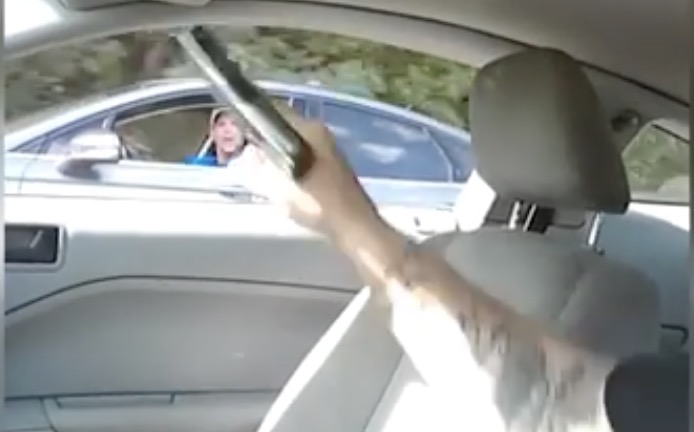 It starts out like you’re typical road rage video ? A guy is driving along when an impatient motorist honks his horn before pulling up alongside the driver and hurling obscenities. The motorist challenges the driver to “do something,” and quickly gets more than he bargained for when the driver calmly brandishes a 9mm handgun.

But all may not be what it seems.

RELATED: Impatient New York driver gets an immediate dose of karma when he tries to pass a school bus

Posted by The Obnoxious Mr. Robinson to Facebook, the video of the alleged road rage incident received nearly 30 million views. Though many commenters were quick to point out that the video was, in fact, not real and was meant more as a lesson to warn others about the dangers of road rage ? things can escalate quickly and get out of hand.

We bet a lot of people heard that lesson loud and clear after watching this video.