Driver Glances Up at Her Visor, Finds Horrifying Monster Staring Right Back at Her 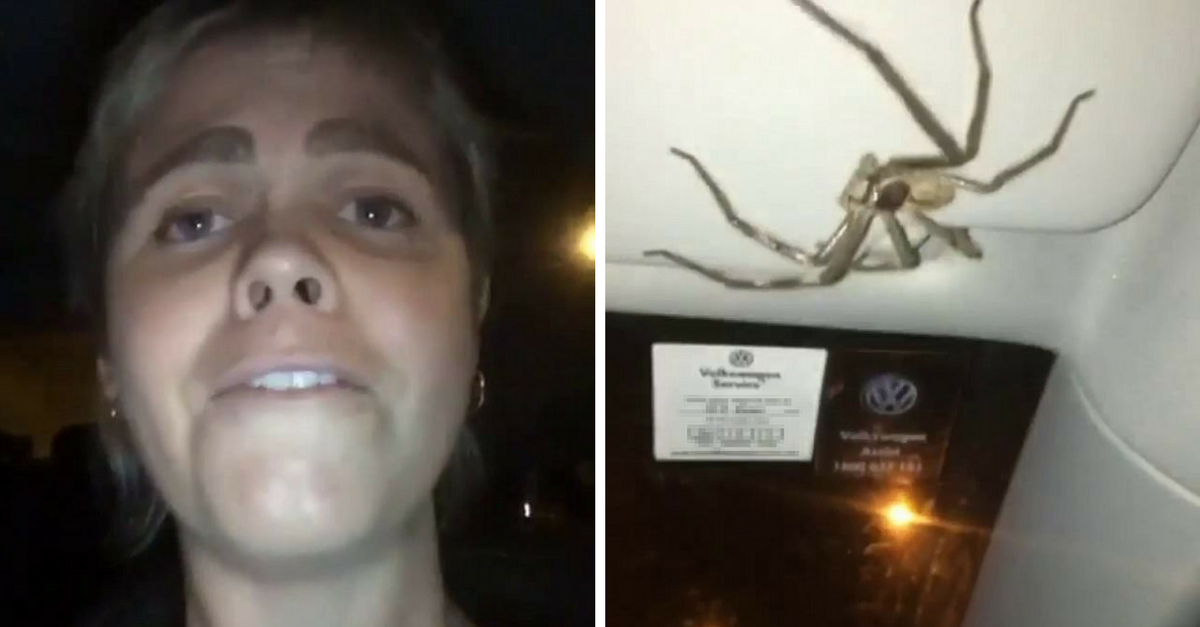 One lucky Australian woman shared the terrifying moment she glanced up at her sun visor while driving to see a giant, hairy spider lurking inches from her face.

Somehow, the woman was able to film the incident all while driving on a dark night. With shaking hands, she recorded her encounter, first showing the dashboard of her car before panning up to the beast. She was reportedly already in the middle of driving when the creature appeared.

“What the f**k,” the woman says to the camera, pale and clearly afraid.

The video was posted to Instagram with the caption, “Life and death begins at 61km/h.”

Viewers seemed to sympathize with the horrified woman, with one person even commenting, “That’s nightmare material.”

“Can you hear my screams all the way in Sydney?” one joked, while another added, “I don’t know how she was able to take the video and drive! I would have ran out of the car so quick!”

Others continued to commend the woman on her ability to drive under such stress and fear and to offer up how they would have handled the situation:

“I would crash and die and wouldn’t even care.”

“Legit would drive off road into tree.”

“My car would be wrapped around a tree already.”

“Fucken smash the car and burn myself alive.”

While the short video cuts off after the driver shows the spider, it’s unclear how she did in fact end up handling the situation. We can only hope the woman made it to her destination safely, but the same cannot be said for the spider.