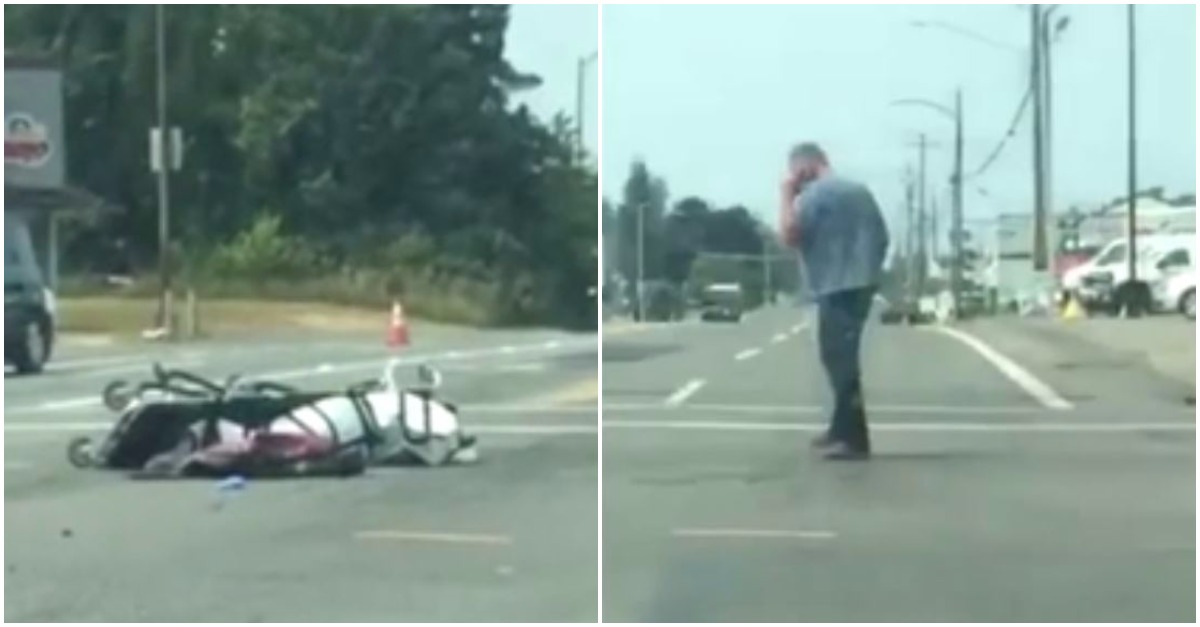 Motorists in Olympia, Washington were treated to a disturbing sight on Monday afternoon when two gurneys rolled out a coroner’s van and into an intersection. One of the gurneys was carrying a corpse that had just been taken from a home where the deceased person passed away.

According to The Olympian, the incident occurred around 12:30 p.m. and one driver even captured the incident on video. In the clip, she says “I am a stoplight and there is a fucking body on a gurney that is just sitting here. There’s no ambulance around anywhere, there is nothing.”

RELATED: A mother was horrified when she visited her recently deceased son?s grave and discovered the casket above ground

The empty gurney rolled down the street where it eventually stopped in a parking lot. The Olympia police had two officers nearby who headed to the scene to re-direct traffic while the coroner’s office sent a van to pick up the body. The coroner’s office is conducting an investigation to figure out if anybody was to blame for the incident or if it was a mechanical malfunction.

The office also stated that there was no damage to the body that eventually fell on its side in the middle of the intersection. The family of the deceased was informed of the incident on Monday.