Stephanie Roggina, then a New Jersey police recruit, was arrested and charged with eluding, driving while intoxicated, obstructing passage of other vehicles, reckless driving, failure to yield to an emergency vehicle and leaving the scene of a crash following the incident, which was all caught on video.

As seen in the footage, Roggina stops at a stop sign for a full minute and a half before proceeding through the intersection, despite no cars coming from either direction. Another police officer is behind her at the time and attempts to pull her over. However, Roggina immediately takes off, leading the officer on a brief chase before swerving all over the road, hitting a guardrail and coming to a crashing halt.

RELATED: New bodycam footage appears to show a police officer planting drugs on a man who has been in jail since January

When Lt. Scott Carter successfully has Roggina pulled over, she appears to have forgotten that she had fled from him crashed her car. After Carter shows her the damage done to her car, she asks if he wants to see her badge.

“Well, then you should know better, right?” Crater replies.

Roggina continues to remind Carter that she is a police officer several more times and even brings up her boss’s name, asking, “Do you know Brian?”

She ended up only getting indicted on one criminal count of resisting arrest, but the charge was dropped down to a disorderly conduct charge. She pleaded guilty, avoided jail time and was forced to pay a small fine as punishment. Following the incident, she was suspended from the police department without pay, but it’s unclear what her current status is.

RELATED: When the cops Tased a naked, drunk man who refused to get in the squad car, he got a fiery surprise 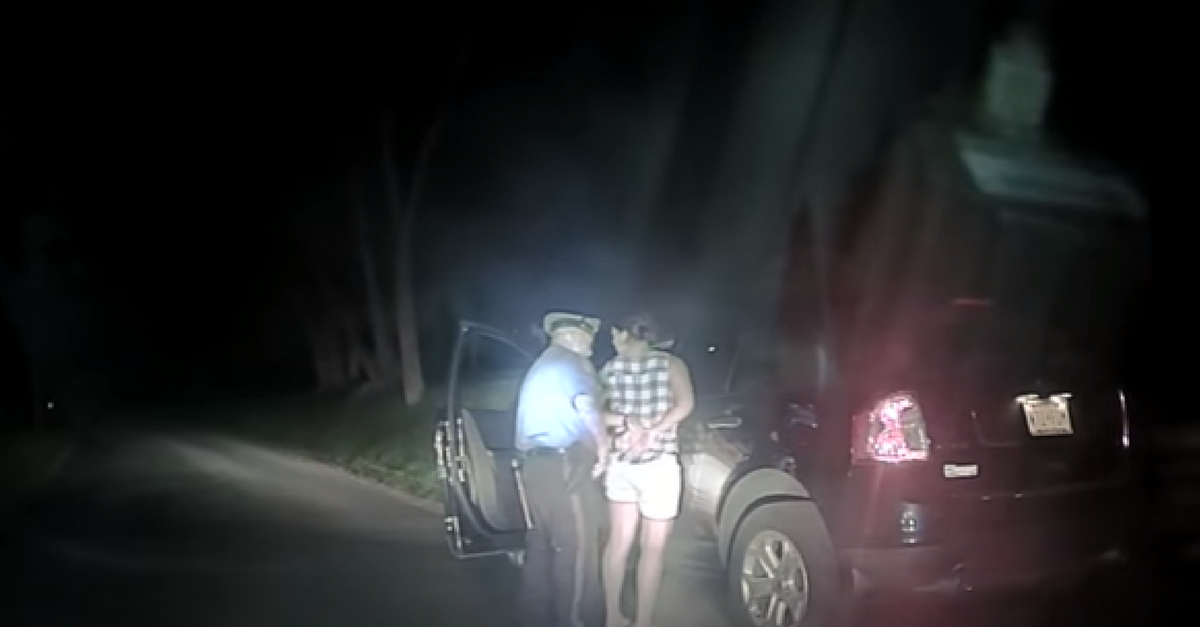