On December 13, a Wisconsin man was driving his car near Lake Michigan when he lost control and slid off the road. Moments later, the lake swallowed up the vehicle as the driver could only watch in horror.

The video of the incident is eerily quiet and the only sound comes from the waves crashing into the shore and the howling wind. When the camera pans out, we are able to see the waves coming in white-capped sets toward the land. Moments later, the video shows the road which is dangerously close to the water.

The Manitowoc Police Department told the Herald Times Reporter that the crash happened on December 13, when the state was battered by a snowstorm intensified by the “lake effect” snow that is a cold winter constant for anybody who has lived near the Great Lakes.

The driver, who is identified only as a 50-year-old man, was the only person in the car and he sustained a minor injury. Lt. Jeremy Kronforst told the Herald Times that the man first drove into about three feet of water but he was unable to get his car out, and as the tide pulled it away, he was forced to flee.

RELATED: This video of monstrous North Sea waves bombarding an oil rig will have you swearing off the ocean

The conditions kept authorities from removing the car on Wednesday but Kronforst said that they will get the car out. He explained that the police department is working with other agencies and that they may require a fire truck or train to get the vehicle pulled out.

After the incident was all over, the driver took himself to the hospital. 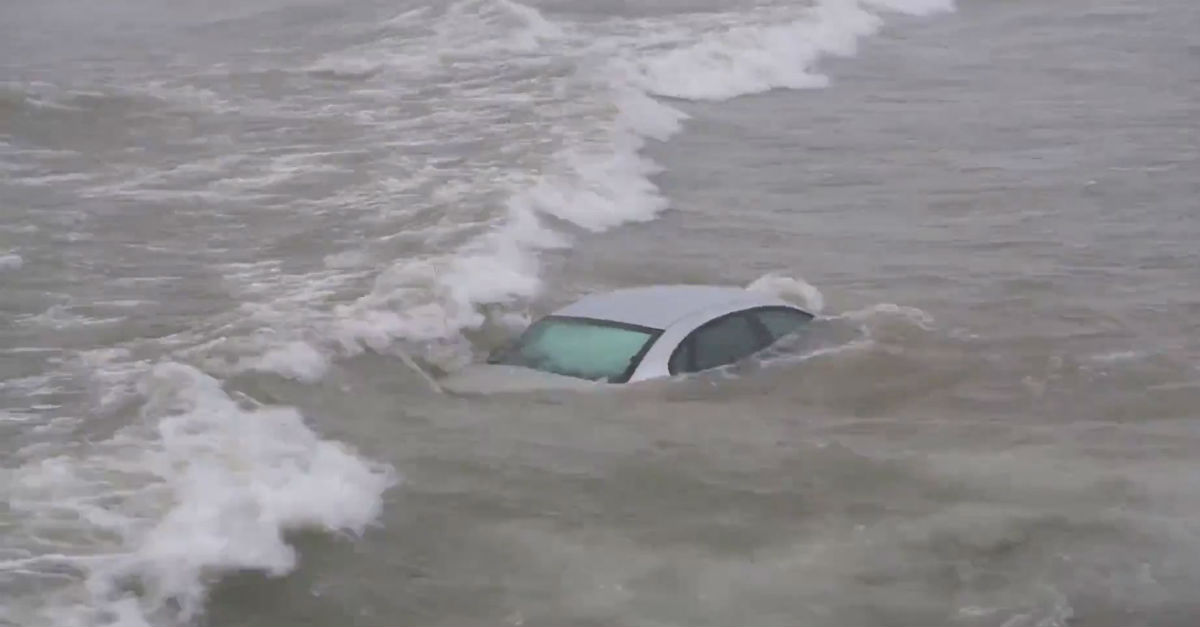