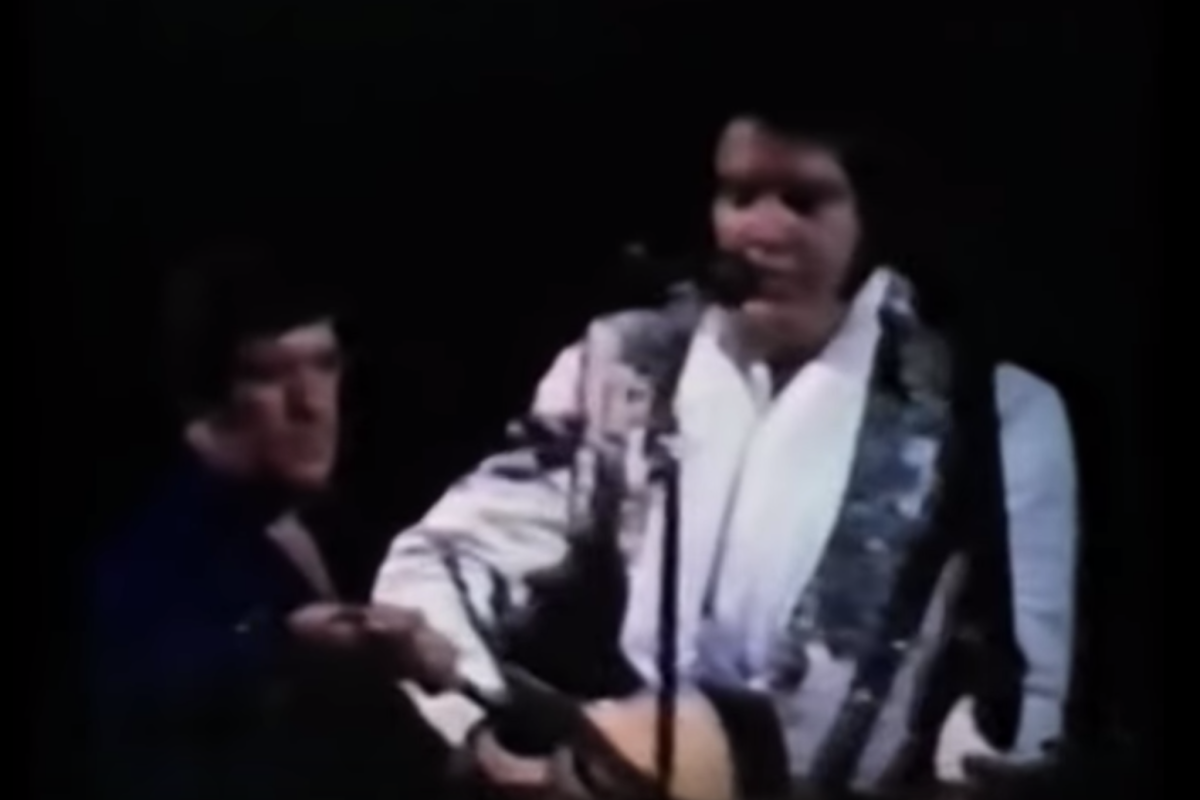 It’s officially the holidays according to the 24/7 Christmas radio station playing all your favorites. From the classics to the new pop versions, Christmas songs will always bring a special seasonal cheer to everyone that listens, and with it, there are certain songs that bring you back to the first time you heard them. Do you remember where you were when you heard Elvis’ Christmas album?

You can’t help falling in love with the King and his wildly popular Christmas classic, Blue Christmas. But did you know that Elvis Presley’s version of Blue Christmas is actually a cover of the original 1948’s recording by Doye O’Dell?

Yes! The song, originally written by Billy Hayes and Jay W. Johnson, is a story about love and longing on Christmas. Take a look at the Blue Christmas lyrics here:

It wasn’t until September 5, 1957, in a recording studio in Hollywood, California that the King added his own country music and rock and roll twist to the Christmas classic. His version of the song was notable for adding in the vocal group The Jordanaires to back him up, with Millie Kirkham taking on the soprano lines. The single was included on the 1957 45 EP, Elvis Sings Christmas Songs which included the songs, “Santa Bring My Baby Back (To Me)”, “Santa Claus Is Back in Town” and “I’ll Be Home for Christmas”.
Watch as the King himself sings his heart out to thousands of fans in Kansas City, just seven weeks before his death. This performance marks the last time he would sing one of his popular Christmas hits.