A man filming a storm from his backyard was nearly scorched when a huge bolt of lightning came striking down just five yards away from him.

Daniel Modøl, 38, stood on his back deck in Norway filming a thunderstorm in the shocking footage of his near-death. Bolts of lightning can be seen cracking over the mountains and illuminating the sky in pink and purple. Modøl and a friend can be heard reacting in awe right before an enormous bolt comes crashing down.

RELATED: Watch the incredible moment a reporter is struck by lightning during a live broadcast and lives to tell the tale

“It was flashing on the horizon, so I stood outside on the patio and filmed,” he explained.

The blast missed Modøl and his friend by just about five yards, striking his deck, sending debris flying in the air and leaving a smoldering hole in its wake. Modøl briefly loses control of the camera, but quickly regains it afterwards to reveal his now-charred deck and smoke billowing overhead.

“I think we should move away some,” Modøl says in the video after the terrifying moment.

RELATED: Lightning strike scares the living daylights out of a poor kitty 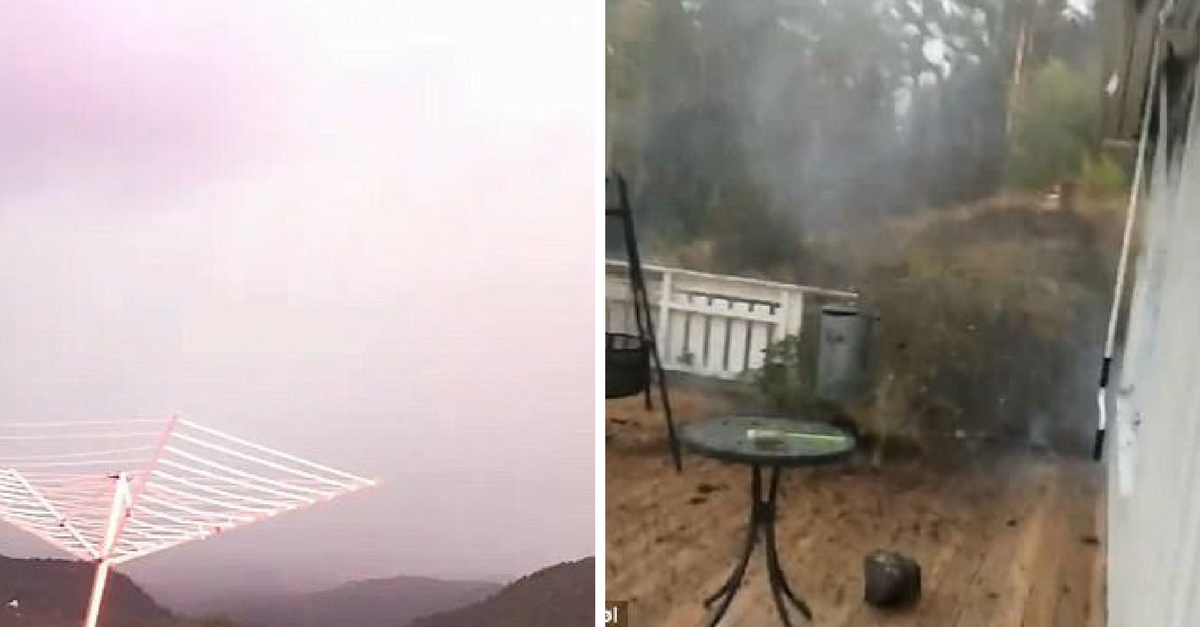