In times when police officers are often criticized and demoralized because of the impression a few bad apples made on the world, many believe that good cops are too rarely celebrated.

YouTuber chrisko1123 encountered one of those people during a recent trip to New York City.

He explains in a recent video that he was riding around on a sightseeing bus when his tour guide made sure the crowd cheered whenever they saw a local New York Police Department officer.

“While I was on a bus tour in New York our black tour guide talked about how the NYPD works so hard and needs all the support they can get!” the YouTuber writes.

“Every time we passed cops he had the whole bus cheer for them! It was really neat to be part of! Police officers put their lives on the line everyday and times are tough and scary for them! Thank you to all the men in blue! Thank you for your service!!”

RELATED: Amidst heartbreaks, the people of Dallas are standing in line to hug police officers

The accompanying video clips together several instances when the bus encountered police officers. It shows the tour guide leading the crowd in a chant of “hip, hip hooray, thank you for your service!”

The uplifting video comes at a tumultuous time in American history, where cops have both demonized and been demonized by the American public.

In the last two weeks, several high profile incidents have fueled a national debate about support for police.

Two viral videos made front page news in July — one of a Louisiana officer shooting a black man to death while pinning him to the ground during an arrest, and another that shows the dying breaths of a black man with a concealed carry permit after he was shot by a cop in Minnesota. 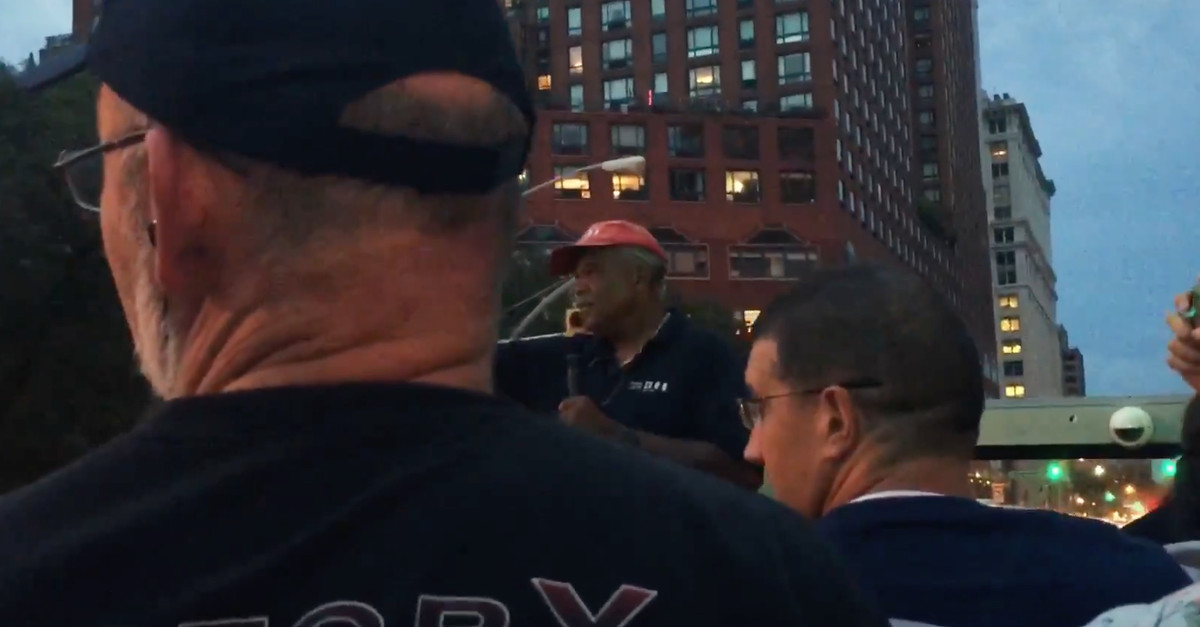