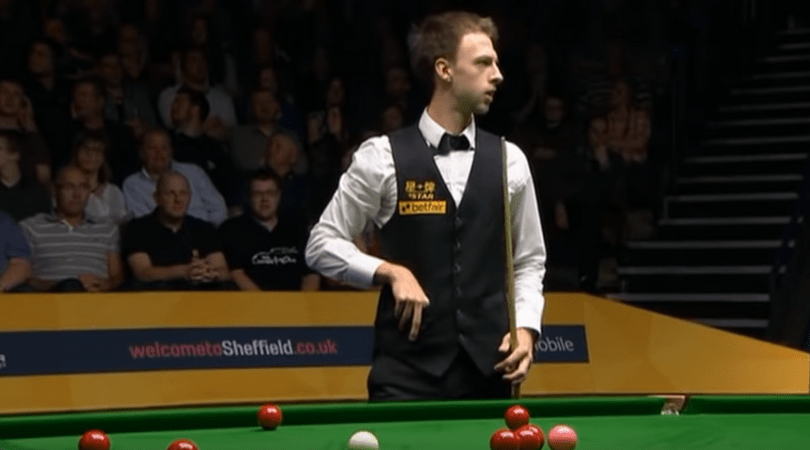 What’s the absolute most distracting noise that could be made after an official asks a sports crowd for quiet? A scream? A gunshot? How about the wet reverberations of an ass clapping fart?

Spoiler alert: it’s for sure the fart. You don’t need to take our word for it. There’s video evidence. A snooker match in the United Kingdom was interrupted just as an important shot was being lined up. Interrupted by a loud ripping of ass. The guy (or girl, but it was for sure a guy if we’re being honest) let a hot one fly and play literally had to be stopped.

It’s a shame this was wasted on a snooker match. Listening to someone’s fart echo through a church quiet Arthur Ashe Stadium with the roof closed, as Roger Federer lobs up a serve, would be wonderful. So would someone standing next to the tee box on Sunday at the 18th Hole at Augusta right as Tiger Woods in his backswing, driving for the green jacket. A snooker match is pretty anti-climactic. A waste of a perfectly good fart.

On the other hand, this was still pretty wonderful. The snooker player who was disrupted, Judd Trump, would ultimately sink the shot he was lining up and go one to defeat his opponent, Ronnie O’Sullivan.

This article was originally published on March 18, 2020.

Watch: A guy’s marriage proposal got smacked down in front of Tim Tebow, and it was painfully awkward to see