Store Clerk Hilariously Fights off Three Robbers With a Bong 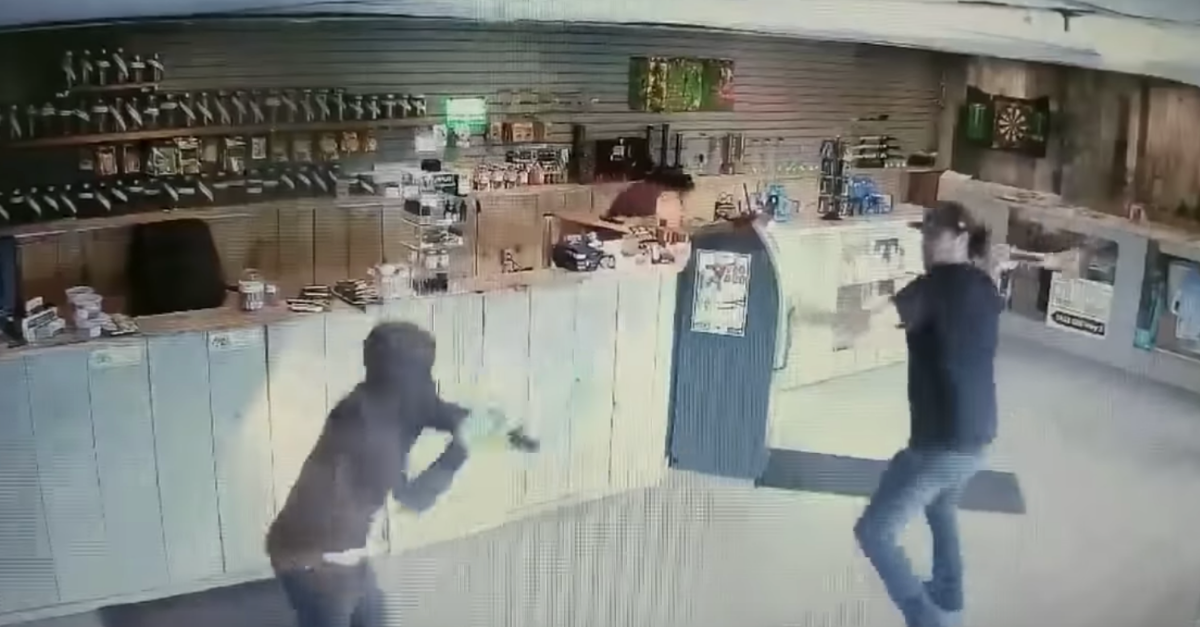 It was a quiet day at the Recreational Cannabis Farmers Market on Old Highway 2 in Shannonville, Ontario, two hours east of Toronto. You might even say everything was totally chill. That is until three massive buzzkills burst into the store and attempted to rob the place.

The three suspects entered the store and started blasting the clerks with bear mace. They yelled for eemployees to get on the ground but one clerk in particular, who, according to police, is from Tyendinaga Mohawk Territory, was not having it. (The other clerk, to her credit, didn’t seem to comply with the robbers so much as she ducked to dodge the cloud of bear mace.) The Mohawk clerk grabbed a bong off the wall and was ready to do with it what bongs do best: blast skulls.

The robbers, as you can see from the video, turned out to be more bark than bite. As soon as the clerks didn’t comply with their bear mace backed commands the entire robbery plan pretty much fell apart. Because that was the plan. All of it. Yell, bear mace, hope they do what we say, steal the money and/or weed, and flee. So when the clerk grabbed a bong and was ready to swing, these guys were forced to improvise. Unfortunately for the weed store robbers, when you’re a weed store robber you tend not to be very good at thinking on your feet. Or even just thinking at all.

From there, the robbers decided they weren’t too keen on getting broken glass embedded in their temples and so they slowly backed out. The robbers came back in one more time, just to show that they put up a good fight — their second entrance is sort of like a football team that’s getting blown outscoring a touchdown or two in the fourth quarter to regain a little dignity — and then they ran off for good.

The Tyendinaga Police Service took to Facebook to describe the incident and ask locals to be on the lookout for the suspects.

Props to the clerk who fought off the robbers. Truly, it’s fitting that he used a bong. They always say that a stoner can make a bong out of anything, but this clerk deserves credit for making anything — in this case, a weapon — out of a bong.

Editor’s Note: This article was first published on September 11, 2018.

Watch: Willie Nelson Wants You to Work for His New Marijuana Company