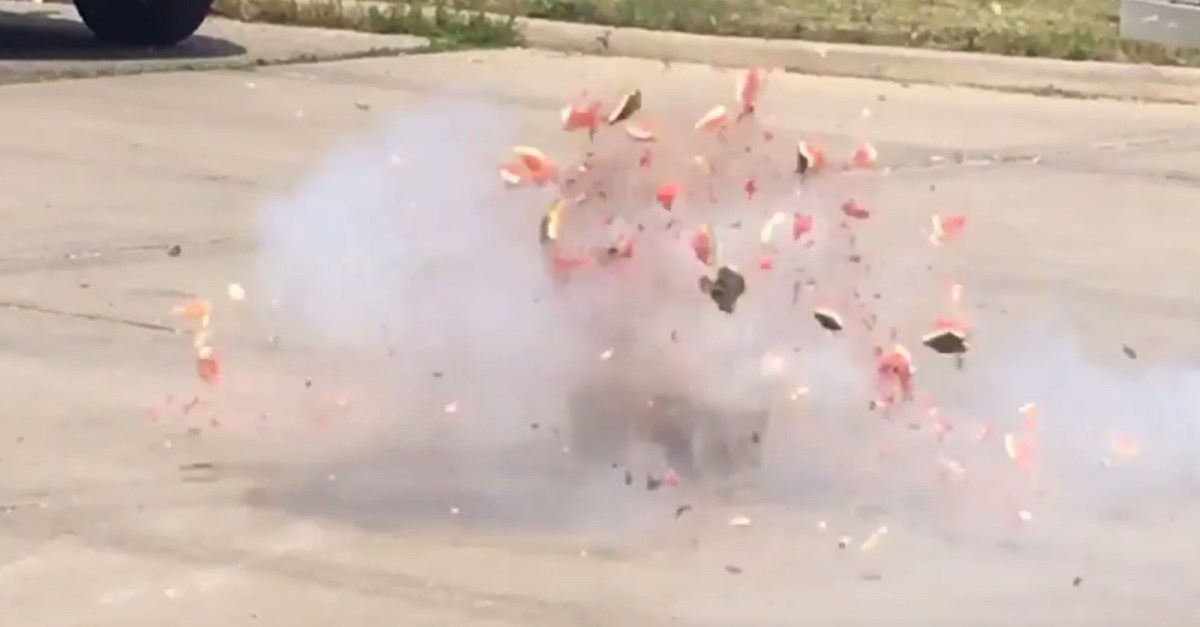 The Detroit Fire Department has a lot to handle. They also have a new series of videos produced with MLive is designed to help keep you off the list of homes they visit over the chaotic Fourth of July weekend.

The fire department released a series of videos about the dangers of legal and illegal fireworks, sometimes using calls they’ve responded to in the past to show the potential hazards of celebrating too hard, especially when alcohol is involved!

In this installment, Fire Captain Christopher Dixon demonstrated the potential dangers of lighting off fireworks from one’s head. Dixon says the department once had to respond to two such calls last year, one of which ended in a fatality.

The demonstration uses a small watermelon, which is comparable in size and density to a human head, to demonstrate the explosive power of a legal mortar.

In the video, a firefighter lights the fuse on the mortar, placed under a watermelon to illustrate “just how damaging that can be,” according to Captain Dixon.

Once the shell goes off, the watermelon is completely obliterated, spraying onlookers with fruit.