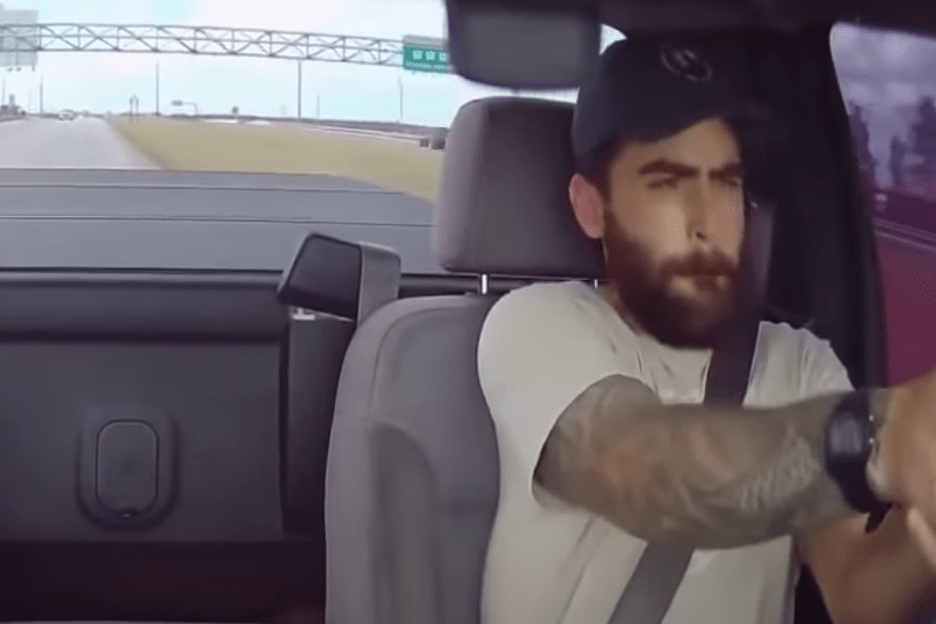 A Florida man was seen on video shooting through his own windshield in a bizarre instance of road rage.

Marco Mazzetta was seen on his own dashcam footage shooting through his windshield at another driver who he claimed was driving aggressively and brandishing a weapon at him and that the warning shots were in self-defense.

According to Mazzetta, the car bumped up against his truck and then aggressively sped around him. It was then that the driver flashed the gun at him. Feeling compelled to defend himself, Mazzetta fired at the moving vehicle.

The dashcam video from Mazzetta’s truck seems to confirm his version of the events. The video shows him holding his gun watching the car speed around him through the side window after a minor rear collision and then firing his gun out at the other car.

After firing the weapon Mazzetta — who is adamant that he is telling the truth and that the other driver was a threat to him — immediately went and turned himself in to the Orange County Sheriff’s Office to report the incident and his discharging of a weapon on the highway.

When asked to explain himself Mazzetta texted WESH 2 News, “I’m not a fan of guns; I’m a fan of not getting shot. I know this video doesn’t capture my smartest moments but I hope any idiot criminal with a gun watching thinks twice before loading, brandishing, and aiming their firearm at someone over a traffic infraction.”

The Orange County, Fla. police chief confirmed that as a follow-up to the incident the shooting is being investigated by law enforcement officers from their police department but that no arrests have been made at this time.