For the first time in history, a lucky cameraman was able to record a video of the majestic white giraffes.

The Kenyan animals were spotted in June of this year. In a blog post, the Hirola Conservation Program wrote:

They were so close and extremely calm and seemed not disturbed by our presence. The mother kept pacing back and forth a few yards in front of us while signalling the baby Giraffe to hide behind the bushes – a characteristic of most wildlife mothers in the wild to prevent the predation of their young.

The giraffes have leucism, a condition that prevents pigmentation of the skin, Fox reports. Though there are a handful of instances where the elusive animals have been spotted, this is believed to be the first time that they’ve been captured on film. 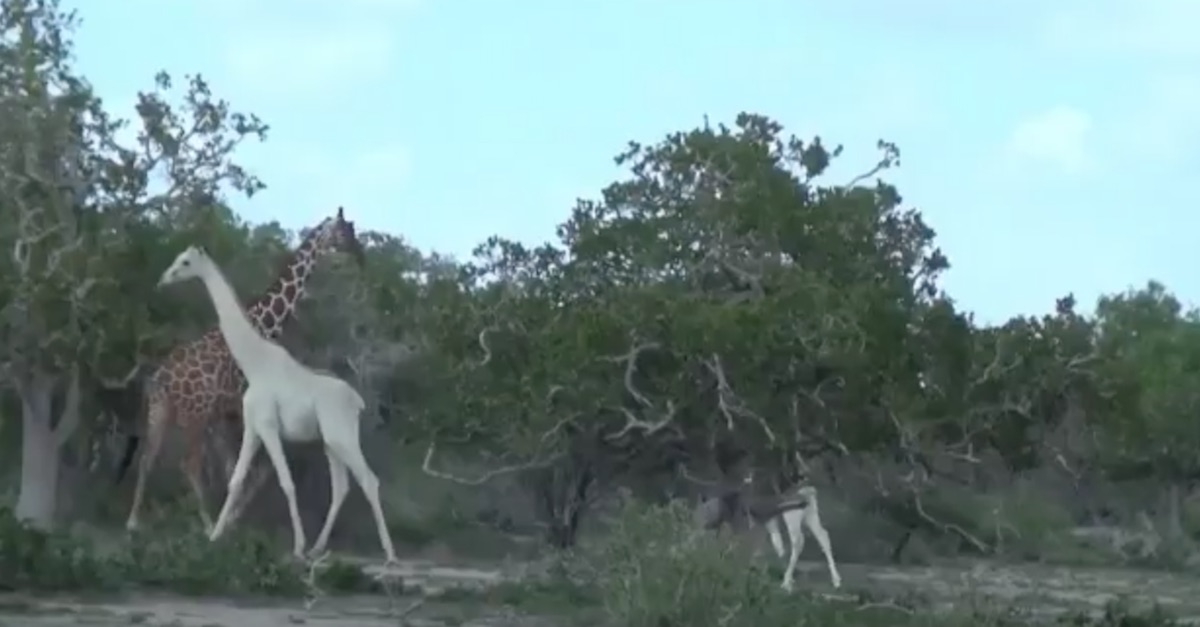