Man Gets Pummeled With Ice During Freak Overpass Accident 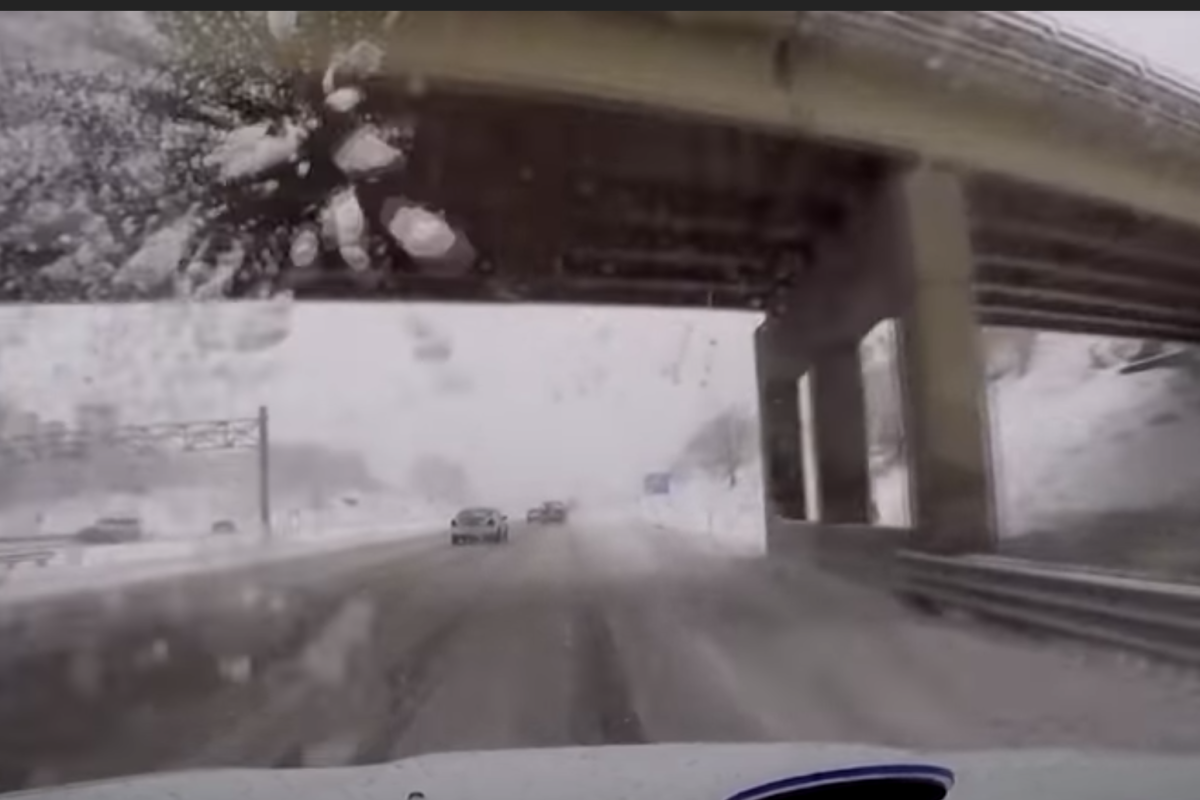 This guy is totally having a worse day than you. If you’ve ever faced driving on the highway after a heavy snowstorm, you know how annoying other drivers are. And thankfully for dashcam videos, we can now relive the extreme annoyance and sheer stupidity of drivers from the comfort of our warm homes!

Meet Kevin Hoffer, who was driving on northbound US-131 in Kalamazoo County, Michigan minding his own business. He approached the Michigan Avenue overpass like it was an ordinary day on the highway. However, up on top of the overpass, one county snowplow had a different idea. Why he thought to plow the snow (and making it shoot off onto the highway) up there was a good idea, we’ll never know.

Hoffer told  CNN that he saw the truck coming but didn’t expect the snow and ice to totally destroy his car.

“I didn’t nearly expect it to come crashing down and cause any damage. My entire intent was actually to not have it come down on my windshield and not be able to see the road because of traffic and stuff I wasn’t trying to get out from underneath so it didn’t do that and in turn it just smashed my windshield.”

Hoffer’s windshield suffered severe damage, however, Hoffer shares that his insurance is covering most of the $600 bill. He is reaching out to MDOT to cover the rest of the damage from the plow truck.

It seems that the snow itself is to blame in this incident. Travis Bartholomew, operations director at the Kalamazoo County Road Commission, shares that the section the snow plow was plowing did not have any sides or fences to contain the snow. However, they’ve never thought of putting one in before since they’ve never had a snow accident like this.