Ghost Hunters Get Clear Footage of Ghost at Gettysburg Battlefield 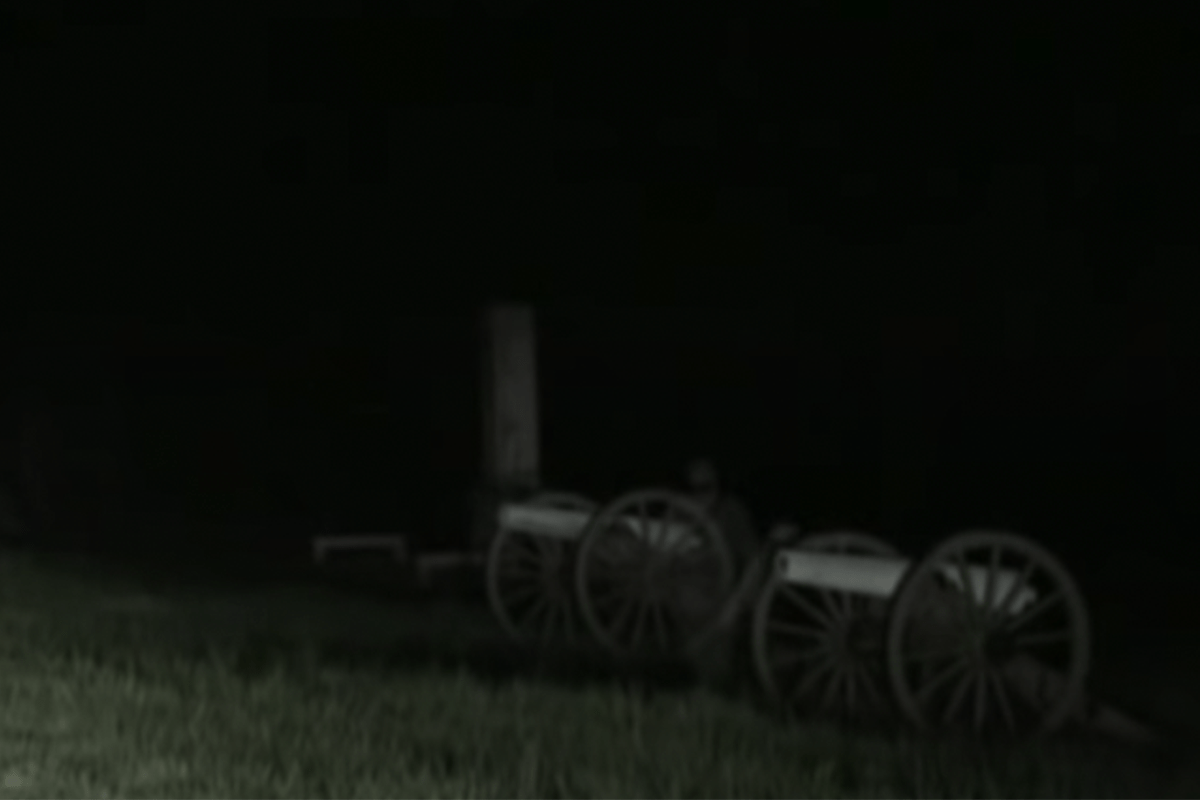 Though the Battle of Gettysburg happened over 150 years ago, its legacy, and apparently its victims still live on, as evidenced by this haunting video posted to YouTube.

The Gettysburg Battlefield is a Real Spooky Place

The bloodiest battle of the American Civil War took place outside the small town of Gettysburg, Pennsylvania from July 1st to July 3rd in 1863. Ghost sightings on the battleground and around the town have been occurring basically ever since the armies marched off. There were probably like fifty ghosts in the audience at the Gettysburg address.

The battle site and town are so rife with ghost stories that, other than historic tours of fields and hills where the infamous Civil War battle took place, Gettysburg ghost tours are the most popular attraction in the area.

This video is great proof why because, uh, that’s a ghost. Specifically, that’s a ghost of a Confederate soldier. (Let it go bro, you lost. Go home.)

The first video is a bit older — it comes from 2013 — but it’s reminiscent of a more recent ghost video from Gettysburg that had been trending on social media recently. (It’s worth revisiting because Halloween. And also they look kind of similar. They both have two cannons! Also they both have ghosts.) The more recent video was posted by the New York Post and taken by New Jersey resident Greg Yuelling as he drove through the Gettysburg battlefield at night.

Apparently this happens a lot at the Civil War site. So if you happen to be driving through the town and get an ominous feeling… whip out that phone. You could go viral with people like me saying, “Wow spooky!” and other random internet people saying, “lol this is fake AF why don’t you grab a belt and make yourself a ghost.” Totally worth it.