He had no idea black ice was about to wreck his morning, and we can’t stop laughing at it 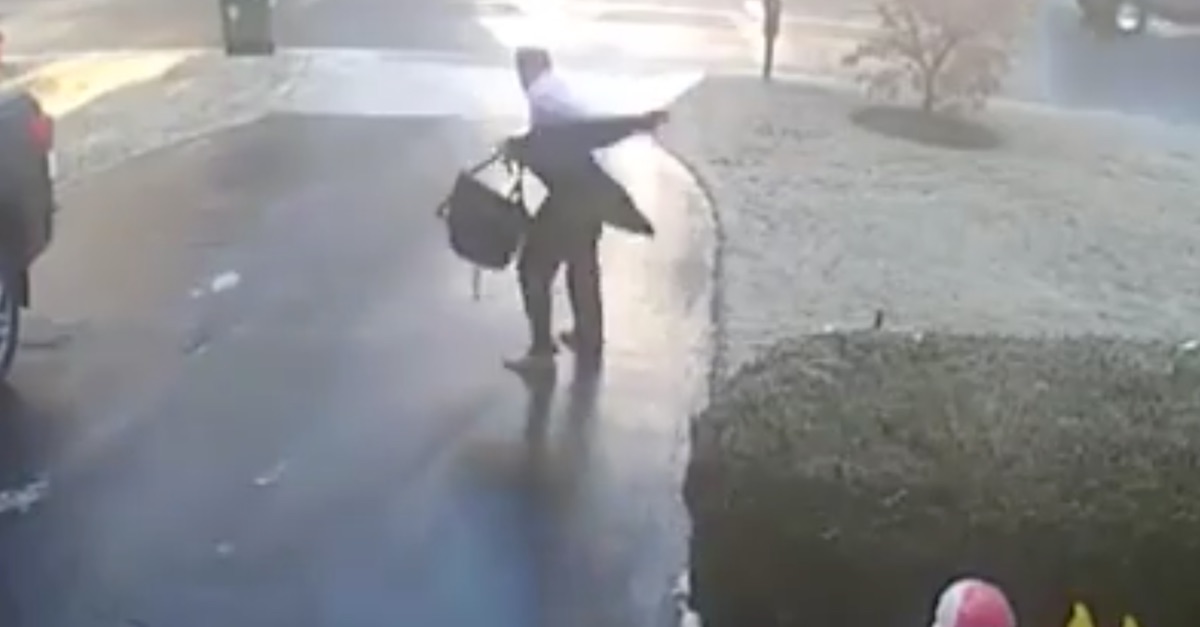 If you think you had a bad morning, take a look at what happened to this Virginia man in as he tried to leave his Loudon County home on Tuesday.

We’ve seen our share of Niagara Falls frozen images, bomb cyclone aftermath and seriously wrecked roads in multiple states due to harsh winter weather, but this incident is certainly the funniest thing to happen this winter.

Behold a video of Tim Besecker slipping and sliding down his driveway because of black ice and spilling out onto the grass in his work clothes.

His wife Kelly has been laughing at him ever since she posted this video, which, by the way, has been watched more than 17 million times in a day.

“Just another day heading to the office for Tim! #blackiceisreal,” she posted on Facebook.

The response has been incredible, as the post, at the time of this writing, has been shared nearly 500,000 times.
Tim’s comical and cartoonish fall has people on the internet making fun of their clumsy friends and themselves, while also having a laugh.
We’re certain this also a GIF by now and will be seen for some time to come.

Kelly Besecker tweeted that her husband is fine and that, like everyone else, she can’t stop laughing.

He is fine. This thing is going viral. I cannot stop laughing

?He is fine. This thing is going viral. I cannot stop laughing,? she said.

You can watch this over and over below.